“I would like to begin this cabinet meeting by commending U.S. President Donald Trump for his important decision on Iran,” said Netanyahu.

“It is completely clear, if one examines this agreement, if nothing changes, that Iran will have an arsenal of nuclear weapons within a few years,” he said, adding that the nuclear agreement “creates a sure path to the production of an enrichment system that could quickly bring Iran to dozens of atomic bombs and even more.”

The prime minister also emphasized that the Trump administration’s decision creates an opportunity to thwart increasing Iranian aggression throughout the Middle East.

“We will not continue down a path whose predictable conclusion is more violence, more terror and the very real threat of Iran’s nuclear breakout,” Trump said last week regarding the deal’s decertification.

While the decertification stops short of pulling out of the agreement, the move gives Congress a decision on whether to reimpose sanctions originally lifted in 2015.

The nuclear deal was originally negotiated by the Obama administration along with the U.K., France, Germany, Russia and China.

According to Trump, the new strategy for Iran will include working with allies to counter Tehran’s “destabilizing activities and support for terrorist proxies in the region.” 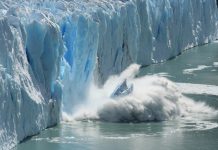