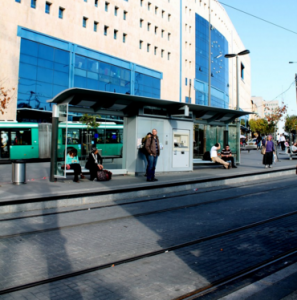 Israeli Prime Minister Bibi Netanyahu this week announced that concrete barriers will be placed in front of 300 bus stops in Yerushalayim as protection against terrorism.

Last year, similar barriers were placed in front of bus stops and light rail stations in Jerusalem as well as Judea and Samaria during a spate of vehicular attacks.