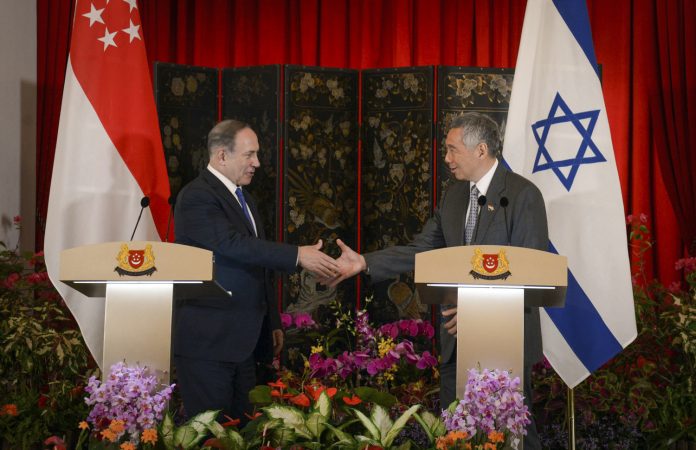 Israeli Prime Minister Bibi Netanyahu arrived in Singapore Monday for the first visit by a holder of his office to the Southeast Asian island city-state.

Singaporean President Tony Tan Keng Yam and Prime Minister Lee Hsien Loong both received Netanyahu and his wife, Sara, at the Istana presidential palace, where an honor guard welcomed them. Netanyahu then met with the president and a group of Singaporean lawmakers.

Tan noted that Israel and Singapore both began as small countries with no natural resources, and both developed technologies to boost their growth and prosperity. Netanyahu invited Tan to visit Israel, and also raised the issue of launching direct flights between the two countries.

In a subsequent meeting, Netanyahu and Lee discussed bolstering their nations’ collaboration and ways to assist African nations in the fields of technology and entrepreneurship.

“The future belongs to those who innovate,” Netanyahu said. “Israel and Singapore are innovation nations, and together we can bring more prosperity, more hope for our peoples and I think for beyond our peoples, for the neighborhoods in which we live.” JNS.ORG