Israeli Prime Minister Bibi Netanyahu has decided against the officials at the Ministry of Finance and Bank of Israel Governor Prof. Stanley Fischer, and will not raise taxes in 2013. Instead he will double the deficit target to 3% of GDP. He broke the news to the officials during a meeting this morning.

The original deficit target for 2013 was 1.5% of GDP; a 3% target means a deficit of NIS 13.5 billion. Netanyahu said, “I have decided to adopt Finance Minister Steinitz’s recommendation on the deficit outline. I think that we will also maintain fiscal responsibility and a responsible and real economic framework for the State of Israel. But, of course, we will need to adopt a series of steps that the Finance Ministry will submit to us in order to ensure that this framework will indeed take place. In so doing, we will maintain important national programs such as blocking the entry of infiltrators and the free education law that we will apply in another two months.”

Minister of Finance Yuval Steinitz said, “After a long series of discussions at the Finance Ministry, with the participation of Bank of Israel and Prime Minister’s Office representatives, I have decided to update the 2013 deficit target to 3%.”

He added, “Following the sharp slowdown in Europe, we have a decline in state revenues in Israel; therefore, we must update the deficit target. This is still a challenging and conservative deficit target that is lower than in most Western countries and we will need to make an effort over the coming weeks to submit steps to the government in order to meet this deficit target.”

Steinitz said, “We also decided to set long-term deficit targets – lowering the deficit to 2% by 2016 and 1.5% by 2019, and to maintain the original goal that we decided upon, which is the most important, of lowering Israel’s debt-to-GDP ratio to around 60% in 2020. In the coming weeks, we will present a plan to meet these targets. I also met with the Prime Minister yesterday evening and I received his agreement to submit this decision for Cabinet approval on Sunday July 1.” 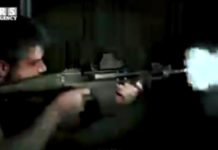 Watch: Introduction to Ribbis and Investments