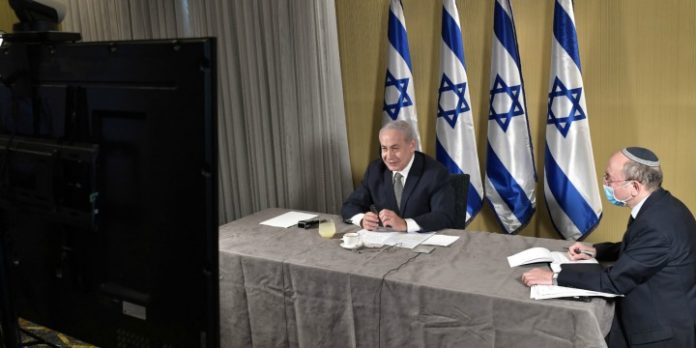 Israeli Prime Minister Benjamin Netanyahu participated in a video conference on Wednesday with world leaders dealing with the fallout from the coronavirus pandemic.

According to a press release from Netanyahu’s office, the participants discussed how to reopen their countries now that the spread of the virus appeared to be slowing down, especially in regard to economic activity, airline flights and tourism.

They also expressed concern that their citizens were beginning to become complacent about the virus, failing to wear masks and undergo testing.

In addition, the leaders discussed the possibility of a second wave of the pandemic and how best to prevent it.

Netanyahu told the conference, “In Israel, as in all your countries, we have been very successful up to now. But I always say that we are on the 84th floor on the way down. We may be going down in an elevator and we may be just dropping very quickly. We don’t know. But it’s been successful up to now.”