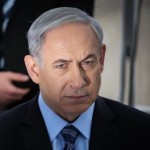 According to Israel’s Channel 2, Netanyahu raised the issue during a meeting of his security cabinet two weeks ago.

“We need to examine the possibility of canceling their residency. There needs to be a discussion about it,” Netanyahu reportedly said.

A number of terror attacks over the last several weeks have been carried out by Arab residents of eastern Jerusalem. In a bid to halt the attacks, temporary barriers were erected and checkpoints were set up in some Arab neighborhoods. But after facing a backlash from some Jewish lawmakers who were upset that the measures were dividing the capital, Netanyahu ordered a halt to the barriers.

As a result of the 1967 Six-Day War, Israel took control of eastern Jerusalem, including the Old City, from Jordan, which controlled the eastern portion since 1949. In 1980, Israel extended its sovereignty over eastern Jerusalem, granting Arabs there permanent resident status, which gives them many of the same rights as citizenship.

On Monday, Netanyahu told the Knesset Foreign Affairs and Defense Committee that he is ready to make territorial concessions in the peace process with the Palestinians, but that the other side is unprepared to do so.

“Half of the Palestinians are ruled by extreme Islam that wants to destroy us; if there were elections tomorrow, Hamas would win,” he said.

As such, said Netanyahu, “at this time we need to control all of the territory [of Israel] for the foreseeable future.”