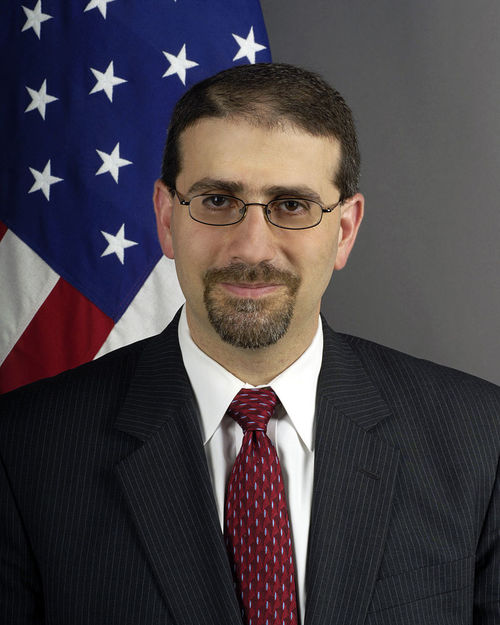 During the event, Shapiro thanked the Israeli government for “years of friendship” and said he feels at home in the Jewish state. “Please make yourselves at home here,” he said, adding that American commitment to Israel is a sign of a partnership “in the struggle for security, freedom, and prosperity.”

“We will fight for Israel, for her security, her freedom, her prosperity, and her ability to live in peace with her neighbors. The U.S. is committed to allowing Israel to live the dream of its founders: to be a free people in our land,” said Shapiro.

Rivlin thanked the U.S. for this support on the diplomatic and military fronts. “We in Israel are committed, and we will remain committed to this special relationship. Our shared values are under attack, as in the terror attacks in Istanbul, Orlando, and Hebron. We will continue to confront these challenges together,” he said.

“Israel’s strongest and most central ally is America. While the number of nations we can now count as friends is growing, we will never forget that our true partner is the U.S. And do you know why this relationship will weather every storm and withstand every challenge? It is because when the U.S. looks at Israel, it sees itself. And when Israel looks at America, we see ourselves,” Netanyahu said.

“Yes, we have our differences and disagreements. For example, we drink chocolate milk out of a bag, and you haven’t gotten there yet,” he said, adding a touch of humor.