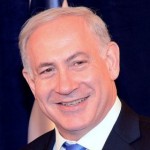 Israeli Prime Minister Bibi Netanyahu said that he will “do what is necessary” to help Syria’s embattled Druze community as rebel forces, including Islamists, surround a Druze village in the Syrian Golan Heights.

Netanyahu told a special session in the Knesset on Wednesday that he is closely following “what is happening on our borders,” the Jerusalem Post reported.
Syrian territory near the border with Israel in the Golan Heights. Credit: Wikimedia Commons.

“I suggest that everyone who is dealing with the issue, who finds it important, make due with this statement for now.”

Netanyahu added that he ordered “to do what is necessary” to help Syria’s Druze.

On Tuesday, IDF Chief of State Lt. Gen. Gadi Eizenkot said that the IDF would provide humanitarian relief to refugees fleeing the violence.

Israel is home to significant and influential Druze minority, many of whom serve in the Israeli military, police and government. Many leaders in this community have called on the government to do more to aid their brethren in Syria. Around 110,000 Druze live in northern Israel while an additional 20,000 live in the Golan Heights.

The statement by Netanyahu comes as Syrian rebels, some of which are comprised of the al-Qaeda-affiliated Jabhat al-Nusra terror group, are closing in on the Syrian town of Hader, which is home to around 25,000 Druze.

According to the British-based Syrian Observatory for Human Rights, Syrian rebels surrounded Hader on Wednesday, with Druze villagers continuing to stand with the Syrian government.

The Druze comprise around 3 percent of Syria’s pre-war population of 23 million, where they are mainly concentrated in the southern province of Sweida, with other Druze villages in Idlib province and in the Golan Heights.