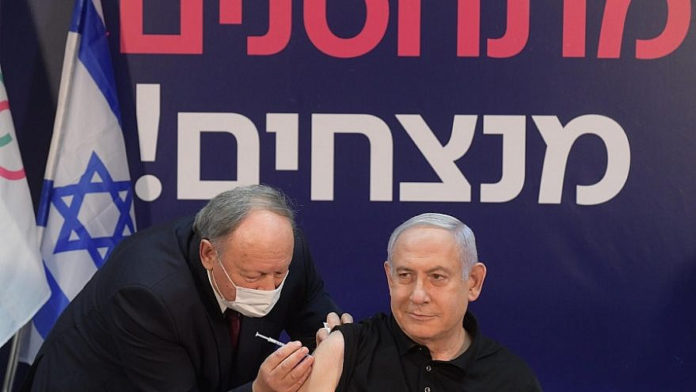 Israel aims to increase its vaccination pace to 150,000 people per day by the end of the coming week, Israel’s Prime Minister Benjamin Netanyahu said Saturday.

The PM said he had been told it was possible to keep the logistics in line with the inoculation pace, and that Israel was set to be world’s fastest-vaccinating nation.

Netanyahu said that one month after the goal had been reached, some 4.5 million Israelis will already have received at least their first jab, with both Pfizer and Moderna vaccines being delivered as two shots.

The PM also claimed that over 2.25 million people will have received both shots in the same period.