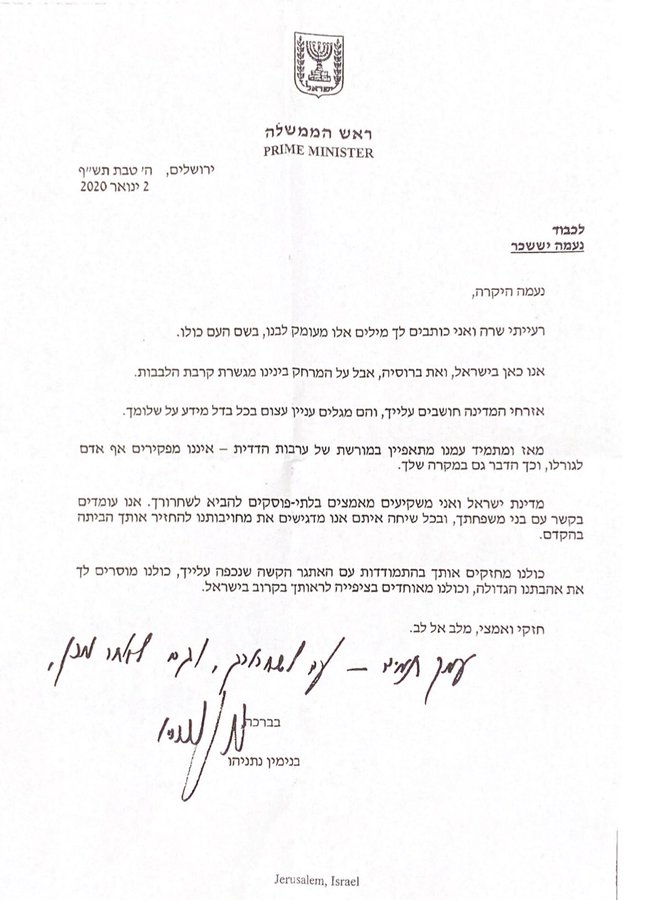 Israeli Prime Minister Benjamin Netanyahu recently sent a personal letter to a young Israeli-American woman imprisoned in Russia, pledging that he would be “with you always, until your release and after.”

Naama Issachar, 26, was arrested at a Moscow airport in April after a small amount of cannabis was discovered in her luggage. She was convicted of drug smuggling, a charge she denies, and given seven years in prison. It is widely believed that political motives are behind the heavy sentence, and a campaign is underway to free her.

In his letter, which was posted to his Twitter account on Monday, Netanyahu said he was writing “in the name of the entire people” of Israel.

“The citizens of the nation are thinking of you, and they are showing immense interest in every bit of information on your wellbeing,” he assured Issachar.

“Now and forever, our people has been characterized by mutual responsibility,” Netanyahu wrote. “We don’t abandon anyone to their fate, and this is how it is in your case.”

“The State of Israel and I are investing constant efforts to bring about your release,” he assured Issachar. “We are in contact with your family, and in every conversation, we emphasize our responsibility to bring you home as soon as possible.”

“We all send you strength to deal with the difficult challenge that has been imposed on you; we all send you our great love; and we are all united in the expectation of seeing you in Israel soon,” Netanyahu said.

Handwritten at the end of the letter, Netanyahu wrote, “With you always, until your release and after.” 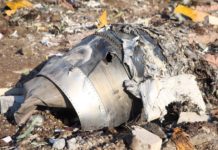 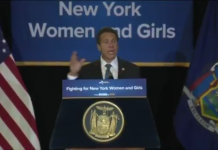 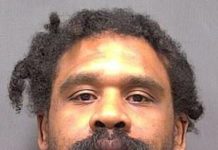