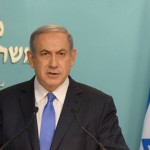 Israeli Prime Minister Bibi Netanyahu, in a statement tonight, made it clear that he expects the Palestinian Authority to stop its wild and mendacious incitement causing the current wave of terrorism.

Netanyahu will, tomorrow, convene an additional discussion of the Muslim Brotherhood and the Islamic Movement. The security establishment has – in recent days, on instruction from the Prime Minister – formulated a series of actions against the Islamic Movement and the incitement that it is fomenting.

Netanyahu, on Friday night, spoke with US Secretary of State John Kerry and made it clear that he expects the Palestinian Authority to stop its incitement. Kerry clarified that the US is aware of the fact that it is Israel’s policy to maintain the status quo and not change it.

Pursuant to the Prime Minister’s request, a discussion was held to assess the situation. The Prime Minister approved the mobilization of 13 Border Police companies, in addition to the three that have already been mobilized. At the discussion it was noted that a reinforced presence is a preventive and deterrent measure that assists in maintaining order. The companies will be stationed in Yerushalayim and throughout the country.

Netanyahu said, “I have ordered the mobilization of Border Police companies in order to restore security and order in Jerusalem and around the country. We will continue to do all that is necessary.” 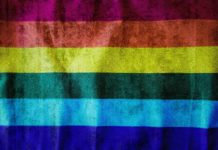