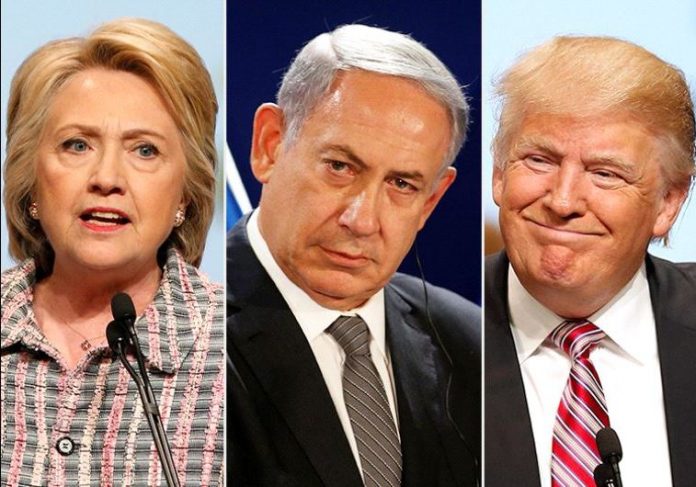 Israel Prime Minister Bibi Netanyahu said Sunday that Israel-US ties would remain strong regardless of the outcome of the American election on Tuesday, but added that Israel has also broadened its foreign policy horizons in recent years.

Despite frequent tension with the Obama administration over the past eight years, Netanyahu told cabinet ministers that relations with Washington are “solid” and would continue to be strong with either Hillary Clinton or Donald J. Trump in the White House. He also stressed that Israel considers ties with the United States as it’s most important relationship.

“We expect the United States to remain faithful to the idea that it has established for many years – namely, that the Israel-Palestinian conflict can be solved only via direct negotiations without preconditions, and certainly not via resolutions at the United Nations or other international bodies,” Netanyahu said at the start of the weekly cabinet meeting.

Netanyahu also noted that Israel has opened several new diplomatic channels in recent years, notably with a slew of countries in Africa, Southeast Asia and South America, and also with world powers Russia and China. Last week, Wang Xiaotao, the deputy chief of China’s National Development and Reform Commission visited Israel for talks about increasing trade between Israel and Beijing, which currently stands at about US$11 billion, including $3.5 billion in Israeli exports.

“[Our diplomatic and economic activities] reflect Israel’s improved, and still improving standing in the world,” Netanyahu said. “Our standing is getting stronger thanks to our unique defense, economic and technological abilities.”