Israeli Prime Minister Benjamin Netanyahu’s lawyer said Monday his client will attend his indictment hearing in October on a series of graft charges, after the attorney general last week rejected his request to postpone it.

Netanyahu had petitioned the court to delay the hearing due to the beginning of another campaign season for new elections in September that were called after he won the April elections but proved unable to form a coalition.

Attorney General Avichai Mandelblit found no justification for postponing the indictment further already granting the premier an extension of three months from the formerly agreed upon date of July 10. 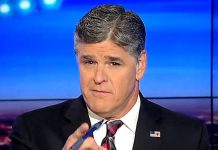