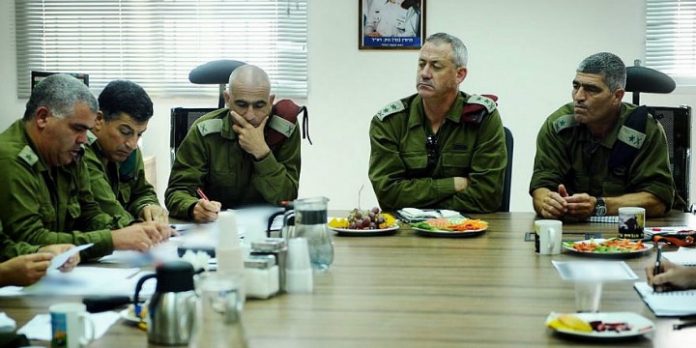 Israeli Prime Minister Benjamin Netanyahu’s main electoral rival, former IDF chief of staff Benny Gantz, told an audience in Tel Aviv on Tuesday evening that he is glad there are good relations between Netanyahu and US President Donald Trump, but that both Israel and the Palestinians need new leadership to move forward.

Gantz’s Blue and White party has been running ahead of Netanyahu’s Likud party in recent weeks, though the race remains extremely close and the outcome will likely depend on the results for the various smaller parties, which could dictate who is called upon to form a coalition government.

Asked at the event hosted by the Tel Aviv International Salon about relations between Netanyahu and Trump, and whether he perceives them as an advantage or disadvantage to him, Gantz said, “I’m very happy that President Trump has very good relations with Prime Minister Netanyahu.”

“One of my great friends, American four-star General [Martin] Dempsey,” Gantz recounted, “once gave a picture where he wrote on it ‘Partners by duty, friends by choice.’ And I have no doubt whatsoever that once I’m there, I will be able to cooperate with any American president.”

“I would suggest not to look at the end-state between us and the Palestinians, but to try and look at the process,” he said. “The only end-state I’m ready to look at right now is the Zionist end-state.”

“What have we said?” Gantz asked of the Blue and White party. “We don’t want to be a bi-national state, and we want us to stay Jewish and democratic.”

“So it means we want to move forward, but we have to do it within the limits of security considerations,” he said. “Basically, we said we must maintain the Jordan Valley and the Jordan border as our eastern security border, we said we cannot go back to the ’67 lines as we knew them, we have to maintain the [consensus] settlements, and Jerusalem will forever stay united as our capital.”

“Yet,” he asserted, “we do not want to rule the Palestinians.”

“So I think we should continue the dialogue, and see where it takes us,” Gantz recommended.

In a dig at Netanyahu’s policies, which have been criticized as dedicated to maintaining the status quo, Gantz added, “From our perspective, we need to look at how we shape the solution, not how we just manage the conflict, and this is different from what we have been doing so far.”

“Only with new leadership on both sides,” Gantz concluded, “eventually we can move on and try to get to another place.” 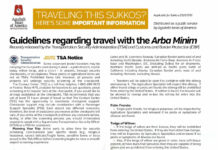 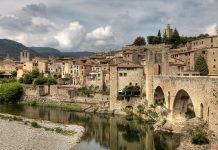 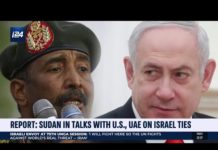 Watch: Sudan Reportedly in Talks with the US, UAE on Israel Ties