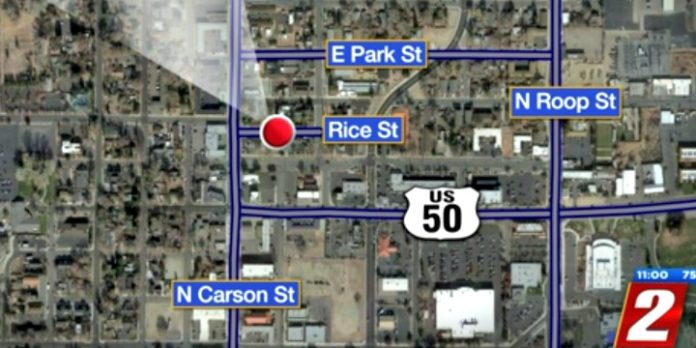 Police in Nevada have asked for the public’s assistance in apprehending an assailant who stabbed a Jewish man outside a bar in Carson City as he shouted “Heil Hitler” last week.

The attack occurred in front of the Tap Shack bar on Rice Street on Friday night. Two eyewitnesses stated that the suspect held his arm out in a Nazi salute and yelled “Heil Hitler” before stabbing the Jewish man in the head.

The assailant — described as a Hispanic male wearing a blue shirt and blue jeans and carrying a black backpack — was reported to have walked away from the scene laughing, while still brandishing the knife in his hand.

The Jewish man was reported to be “conscious and alert” on arrival at a local hospital for emergency treatment.