Is it anti-Semitism? Everyone I meet who brings up the Rubashkin case has the same question. Was Sholom Mordechai targeted for prosecution because he is a Jew? Was the disproportionate sentence he received tied to his religion?

It is a fair question, with no fair answer. We see what was done to him. We see that he was prosecuted for crimes for which no one was ever charged in the history of the United States. We see that he received a sentence so blatantly exaggerated when compared with any sentence handed down to anyone previously convicted of similar crimes. We see the way the prosecutors set him up as one of the most evil men ever to walk the streets of Iowa. Yet, when it came down to it, they couldn’t prove any of their charges and had him sent away for actions totally unrelated to the onslaught of the federal government with its now infamous 2008 raid.

We are now in the period of the Three Weeks. This week we bentch Chodesh Av. This time of year commemorates the calamities the Jewish people have faced going back to the years we spent in the desert before we entered Eretz Yisroel. When we accepted the Torah at Har Sinai, “sinah yordah le’olam,” an irrational hatred took hold of the nations of the world. They hate us without rhyme or reason. There is no rational explanation for it. That’s just the way it is.

Ever since we were thrown out of our land, we have suffered at the hands of oppressors. Wherever we have been in the Diaspora, our hosts have been repelled by us. They said we were too clean or too dirty, too rich or too poor, too good in business, thiefs, crooks, and parasites. We were taxed into poverty, forced to live in ghettos, and forced to wear yellow stars, not only in Germany.

They forced us to convert to Christianity or be burned at the stake. People who converted were burned anyway, because their conversion wasn’t genuine. We poisoned the drinking water, they said. We killed little babies for the Seder, they claimed with all seriousness. We were kicked out of country after country, and in those countries where we were allowed to remain, we were rounded up and burned alive. This happened in countries such as England. Yes, England. In France they burned the Talmud. In Italy too.

Our lives were made miserable. Our children were taken into the Czar’s army at young ages and never heard from again. We were forced to build coliseums and then sent into them to fight starved lions until they ate us for dinner. We were sold into slavery and sent around the world in chains.

We were persecuted by every means that civilized man could dream of, and the collective memory of the Jewish people has not forgotten it. Many Jews have adopted the slogan “Never Again.” They think that by saying it, they can ensure that never again will we be singled out for murder, pillage, torture, or inhumane treatment. But we know that is not true.

We look around the world and see Iran arming itself with nuclear weaponry and we watch a world sitting by, barely lifting a finger. Can we truly say, “Never Again”?

We see the State of Israel held to a double standard by all nations of the world. Can we say, “Never Again”?

We see Jews being targeted for derision again all across Europe. Can we say, “Never Again”?

We see an American president publicly humiliate the Israeli prime minister. Can we really say that America will always be there for Israel and ensure that never again will the Jewish people be liquidated?

We see what happens when Israel attempts to enforce a blockade that’s intended to hamper the ability of their terrorist enemies to rearm themselves. We see a world gone mad in hypocritical condemnation of a besieged country as it tries to defend itself. Can we really say, “Never Again”?

Recently, a Jewish group met with Vice President Joe Biden. In an unguarded, off-the-record moment, he said to them, “You people have a saying of ‘Never Again.’ Well, let me tell you that it could happen again in an instant.”

And he ought to know.

We also ought to know, and we do. We know that our existence here is tenuous. We are thankful for the freedoms granted us by the great country in which we reside. We are as patriotic as our neighbors and recognize how lucky we are to live at this time in this place. But we know our history and we are always on edge, constantly on the lookout for signs of “it” rearing its ugly head. We are always on the defensive and doing our best to protect ourselves. We do what we can in the form of hishtadlus to make sure that it won’t happen again and that it won’t happen here.

And then we see a Jew’s business targeted in a way in which no other business was ever targeted. We see that business blasted in the media as a hotbed of all forms of evil. We see that Jew painted as an individual who has taken advantage of the poor and the weak. We see that Jew locked in jail awaiting trial, denied release on bail because he is a Jew who can run off to Israel.

When we see all this, what do we expect people to think?

We have been chased from country to country and have been victimized by courts of justice around the world for millennia. We are a nation whose members have been jailed on libelous charges since time immemorial. When we see one of our own found guilty by a biased judge who prevented a jury from hearing the truth, and then we watch in horror as that man receives a life sentence in jail, what do people expect us to think?

When the trial outcome and the sentencing don’t stand the test of common sense, what are people supposed to think? When they see five people submit affidavits that they were threatened with forfeiture by the government if they would purchase the man’s business and hire any of his relatives, and then they see in a sentencing memorandum that the judge ignored their testimony in favor of the word of a government-hired lawyer who testified that it never happened, what do you expect people to think?

When people see that this fine gentleman was found guilty of defrauding a bank of $26 million, they wonder how the government arrived at that number. They wonder why the $21 million of interest he paid on that loan doesn’t count towards the $26 million he is accused of causing the bank to lose.

Above all, people wonder why the man is sitting in jail for causing the bank a loss which was caused by nothing less than the government’s unprecedented actions which forced the company into bankruptcy, something Sholom Mordechai Rubashkin could never have anticipated. Whatever actions he did or didn’t do had nothing to do with the business’s ultimate bankruptcy.

Can anyone blame our people, who have been persecuted forever and finally planted roots in this wonderful country thinking that it would be different here, for wondering in bewilderment and exasperation when they see these things taking place?

This country’s government is based on the principle of being of the people, by the people, for the people – in the words of President Abraham Lincoln – not against the people due to the power and influence of entrenched interests, unions, radical vegetarians, and out-of-control prosecutors. People have a sense of fear that the politicians are ruining the country and want to stop them before they can do more damage to the social fiber of the United States.

People are astonished that a 13-story mosque is being welcomed at the site where 3,000 people died at the hands of Islamic murderers. The edifice will cost $100 million and people wonder who will be paying for it. Politicians welcome the building in a bizarre, gullible and naïve commemoration of diversity, and in the name of tolerance and brotherhood. Following that line of reasoning, Nazis should be permitted to construct a memorial at Auschwitz.

People feel that respect for the values which make this country great is under attack and they worry whether it can happen here.

Am Yisroel is rallying to the side of Sholom Mordechai ben Rivkah and doing all they can to ensure that he is given a fair chance at appealing the awful verdict he received. The achdus generated in the wake of his trial is unprecedented in recent years and we pray that it will help bring the final redemption closer.

Am Yisroel is comprised of maaminim bnei maaminim, who know that all that transpires in the world is for a higher purpose and that nothing is haphazard. However, as a people who have suffered so much, we pine for the arrival of Moshiach.

We are currently marking days of aveilus for the churbanos and tragedies our nation has endured, and we pray that they won’t ever happen again. We have had enough pain and enough tzaros. We have been victimized by enough courts and plead for Eliyahu Hanovi to come and tell us that the geulah is here.

Is it anti-Semitism? Who knows? We don’t know why things happen. We only know what happened and we know that there is something wrong in Iowa. We see a lone Jew in Cedar Rapids treated the way Israel is treated at the United Nations, and we shudder.

We lift up our eyes in prayer and we pray, “Hashem, please. Never Again.” 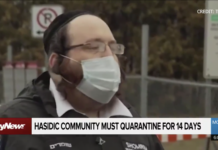 Watch: Report Out of Tosh, Quebec, On Coronavirus Response 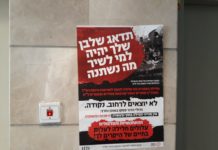 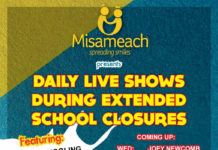