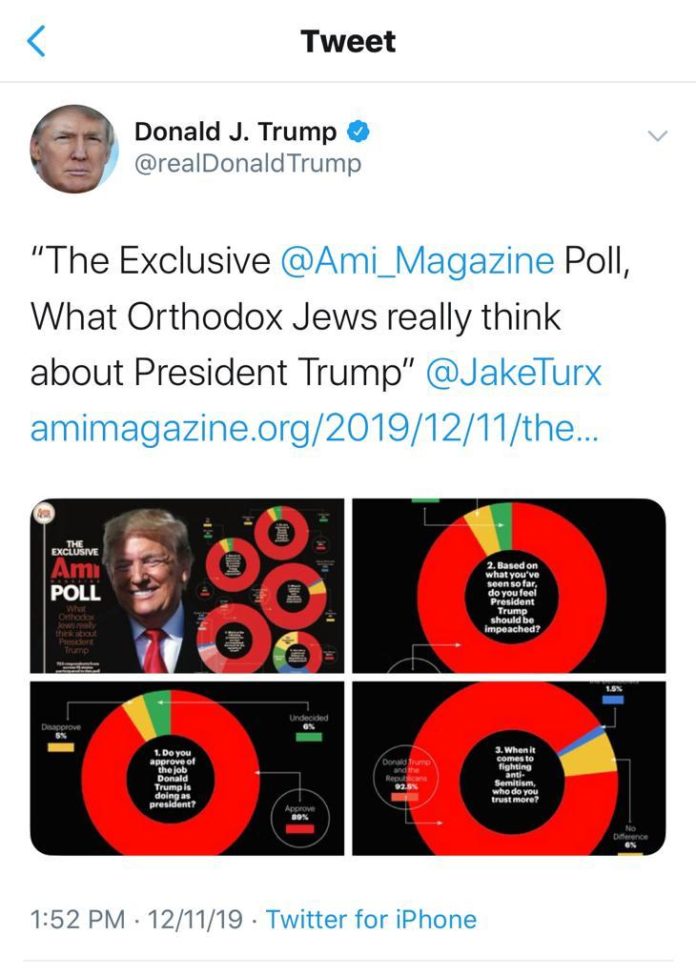 A new poll commissioned by Ami Magazine found that support for President Donald Trump remains high among Orthodox Jews, with 89% saying that they approve of the job he is doing.

The poll of 723 self-identified Orthodox Jews from across 15 states also found that 91% believed that, based on the evidence presented so far, President Trump should not be impeached.

When asked who they trust more to fight anti-Semitism, a whopping 92.5% said Trump and the Republicans, 6% were undecided, and only 1.5% said Pelosi and the Democrats. 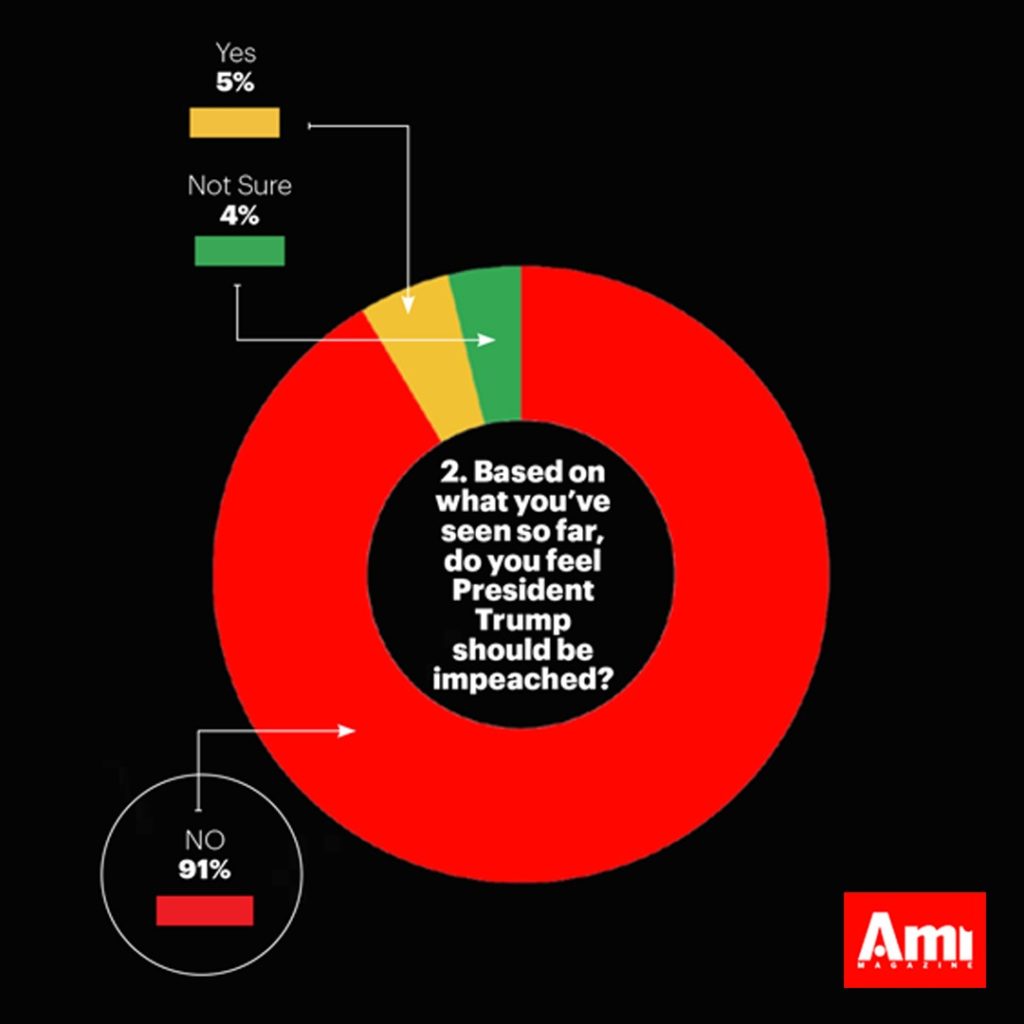 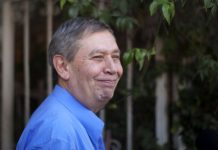