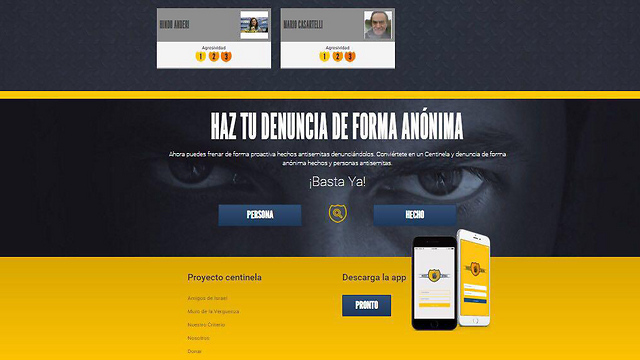 The World Zionist Organization (WZO) will be launching its Sniper app, which it says is a search engine for anti-Semitic content.

The Sniper system is set up to scan the internet using an algorithm that will identify certain keywords in different languages. A crew of WZO members will scan the results, confirm the cases that actually show real anti-Semitism, and respond with direct replies or contact authorities in the offending party’s country.

WZO emphasizes the fact that the app will be monitored and supervised, so that its use will be proper, and not aimed at shaming individuals or groups without proper evidence.

“The Sniper will create deterrence,” say the entrepreneurs behind it, “it won’t be so easy to publish a status calling for the murder of Jews, or pictures of burning Israeli flags.”

The Sniper’s first users will be members of the WZO’s global network for combating anti-Semitism, at the WZO’s communications center. Later, other users are expected to join in.

Their role will be to create a kind of “wall” on the site, on which they will write the personal details of anti-Semitic content publishers, as well as what they published (quotes, screen grabs, pictures, videos, and more).

The app is set to be launched Sunday, during a WZO conference aimed at combating anti-Semitism in the modern era, which will be attended by Israel’s Ambassador to the UN Danny Danon and Knesset Speaker MK Yuli Edelstein.

It will initially operate on a trial basis in countries in Latin America, which has seen a recent rise in anti-Semitism that has not been as well-publicized as European anti-Semitism.