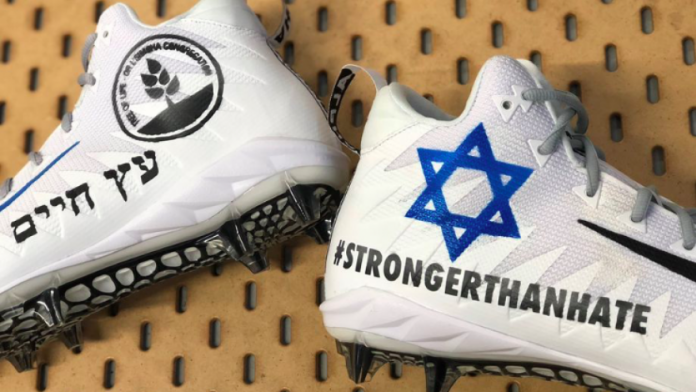 Robert Kraft, owner of the New England Patriots, visited the Tree of Life*Or L’Simcha Synagogue in Pittsburgh on Saturday to pay his respects to the 11 victims of the deadliest shooting in American Jewish history.

The visit was followed by attending Rodef Shalom, another synagogue in the area, where Kraft—a longtime philanthropist and active member of the Jewish community in Boston, as was his late wife, Myra—was invited by the rabbi to address the congregation.

The following day, Kraft’s team played the Pittsburgh Steelers. Patriots wide receiver Julian Edelman wore customized cleats, honoring the victims, as part of the NFL’s “My Cause, My Cleats” campaign.