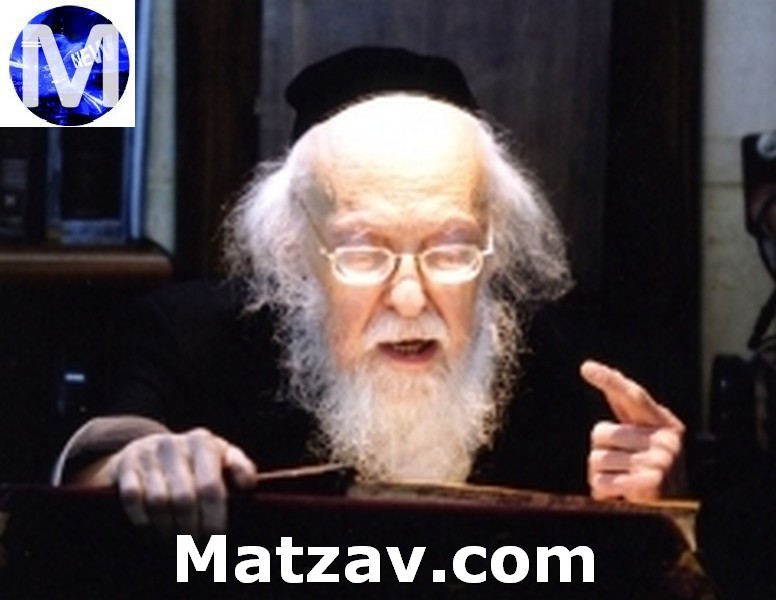 In the coming days, a new film about Rav Yosef Shalom Elyashiv titled Toraso Umnaso will be released in Israel.

The film contains fascinating clips of the gadol hador, including visits from dignitaries to his home and insightful exchanges during these visits.

A glimpse of the film can be seen in the clip below, which shows Rav Elyashiv being visited by Former British Ambassador to Israel Tom Phillips and Former Israeli President Shimon Peres, who discuss political issues with the venerated sage.

The British ambassador consulted with Rav Elyashiv about the two-state solution, asking questions in English, which were translated by current Yerushalayim City Council member Yitzchok Pindrus into Hebrew.

“Is it possible that one can come to some approach which creates the possibility of a Jewish state, which would mean some compromise?” asked the ambassador.

What is interesting to note when watching the clip is that the question posed by the ambassador was not accurately translated for Rav Elyashiv, and was presented in a different light than the way it was presented by the questioner.

Pindrus posed the question as follows: “He says that there are so many Arabs here. Why not make two states, one for the Arabs and one for us?”

Rav Elyashiv responded: “Politically, I have no answer on the subject. But the reality is that even before the two-state solution, how can we reach a point where we can sleep peacefully here?”

Pindrus then translated for the ambassador: “The rabbi is saying that the entity of making two states, basically, if that’s what we’re trying to get to, is more a political issue than a rabbinical issue, in the point of view of now, so what we could do from the rabbinical point of view is to see what can be done in the situation right now, but the future is more a political issue.”

The film then shows Peres remarking, “I was very impressed by him. On the one hand, his depth; on the other hand his humility, his profound thinking and simple self-expression, which are rare commodities. I’m not surprised that so many people had faith in him. He deserved people’s faith and he earned it, and his influence was rooted in the faith in him.”