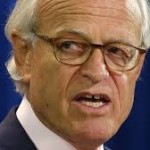 The newly-declassified emails of former secretary of state Hillary Clinton have unexpectedly revealed a key part of the Obama administration’s strategy in dealing with Israel.

Among the Clinton emails released recently was a 2010 memo from the Obama administration’s chief Middle East negotiator, Martin Indyk.

Friends of Israel have long harbored deep concerns about indications that Indyk was unfriendly to Israel. But this is one of the rare instances in which we can see, in Indyk’s own words, how he crafted the strategy for U.S. pressure on Israel.

In the memo, Indyk accuses Prime Minister Netanyahu of “humiliating” Palestinian Authority chairman Mahmoud Abbas, which “raises doubts about his seriousness.” Abbas’s refusal to disarm and outlaw terrorist groups, or extradite terrorists to Israel, apparently raised no doubts in Indyk’s mind. Nor did the constant flow of anti-Israel and anti-Jewish propaganda from Abbas’s PA appeared to have troubled Indyk very much. No, in the mind of President Obama’s emissary, it is Netanyahu who is the problem, first, foremost, and always.

Indyk then explains, in the memo, what he sees as the most effective way of countering Netanyahu’s “inflated demands” (you know, such as expecting the Palestinian Authority to oppose terrorism). If the Israeli leader falls to succumb to U.S. pressure, “avoid recriminations” and instead portray the situation as “a ‘clarifying moment’,” Indyk advised. “The world will of course blame [Netanyahu]. But you should avoid any kind of finger-pointing in favor of a repeated commitment to a negotiated solution and a willingness to engage with both sides in trying to make that happen, when they’re ready.”

It’s the classic good cop-bad cop strategy. Indyk knows that “the world will of course blame” Israel, so there’s no need for the Obama administration to take the heat. It can let “the world” do the blaming, while Obama and Indyk to pretend to be merely “willing to engage with both sides when they’re ready” — but of course, we all know who “isn’t ready,” wink-wink.

It’s how you would expect the U.S. to deal with some unfriendly country, not with America’s only reliable and democratic ally in the Middle East.

We’ve had a taste of Indyk’s attitude before. Back when he was U.S. ambassador to Israel, he described his role as that of “a circus master” whose job is to “crack the whip and get the [parties] to move around in an orderly fashion.” (Washington Post, Feb. 24, 1997) Likewise last autumn, speaking at the Adas Israel synagogue in Washington, D.C. on Yom Kippur, Indyk said that he “discovered” in the most recent round of failed negotiations “that we would crack the whip, but no one was responding to our whip cracks. That’s a change.”

How frustrating for Indyk that the Israelis, who used to “respond” to his “whip cracks,” now seem less willing to succumb. Those dumb brutes!

Over the years, Indyk has tried a number of innovative tactics to manipulate Israel into making more concessions.

— He tried lobbying in the Knesset–something foreign ambassadors obviously are not supposed to do. Knesset Members David Levy and Aryeh Deri revealed on July 26, 1995 that Ambassador Indyk personally lobbied them, and other MKs, to oppose a Knesset bill that would have made it harder for Israel to give the Golan Heights to Syria. (Agence France Presse, July 26, 1995)

— He tried pressuring Israel’s rabbinical leaders. Israel Television reported on December 18, 1996, that Ambassador Indyk visited former Chief Rabbi Ovadia Yosef, spiritual leader of the Shas party, and asked Yosef to order Interior Minister Eli Suissa (a Shas representative) to block a housing project in a part of Jerusalem that was beyond the 1967 line.

— He tried hassling Israeli cabinet ministers. The chairman of the Knesset Foreign Affairs and Defense Committee, MK Uzi Landau, revealed in March 1997 that Ambassador Indyk had been “pressuring members of the government” and “interfering in Israel’s internal political affairs.” (Haaretz, March 16, 1997)

— He tried to interfere in the prime minister’s appointments. The Israeli daily Yediot Ahronot reported on July 8, 1997, that Ambassador Indyk “took part in the effort” to block Prime Minister Netanyahu’s choice for finance minister.

— And he tried to interfere in Israel’s elections. According to The New Republic (Aug.11-18, 1997) Indyk “distinguished himself by exhorting [President Clinton] to campaign for [Labor Party leader] Shimon Peres” in the 1996 Israeli elections.

Now the history books will record that when his previous attempts at interference failed, Indyk crafted a new U.S. strategy of pretending not to be pressuring Israel while letting “the world” help them achieve their unsavory goal of bullying Israel into making yet more concessions.