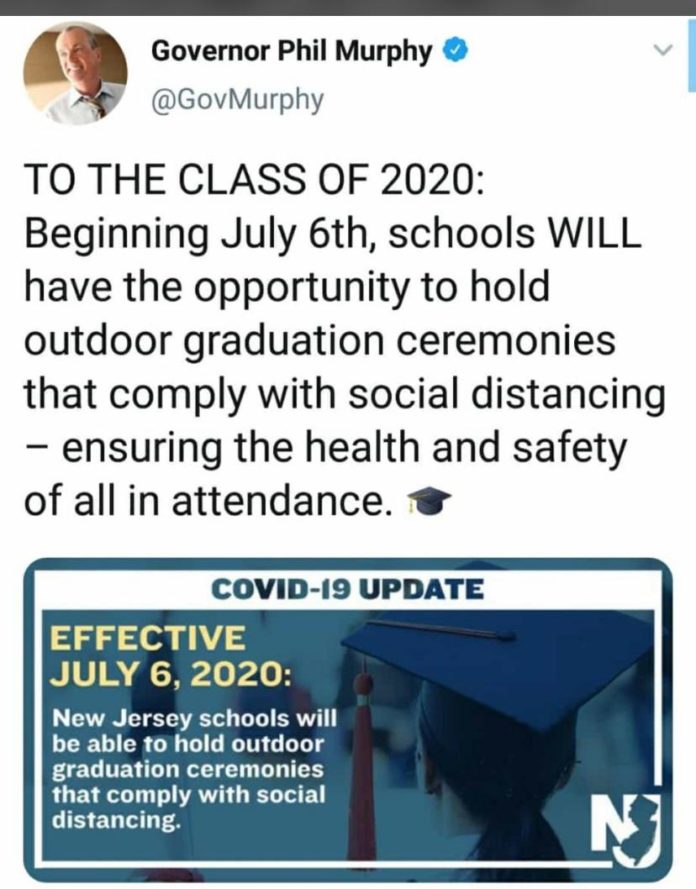 New Jersey high schools, middle schools and colleges will be allowed to hold in-person graduation ceremonies “unlike any others” beginning July 6, as long as they are outside and comply with social distancing, Gov. Phil Murphy announced Tuesday.

The decision, announced via Twitter, comes as Murphy was under intense pressure to allow schools to do more than the virtual ceremonies many had planned to comply with his executive order banning large gatherings.

“To the Class of 2020, I am proud to say that you will have your opportunity to join with your classmates and families to celebrate your graduation,” Murphy said in his daily media briefing.