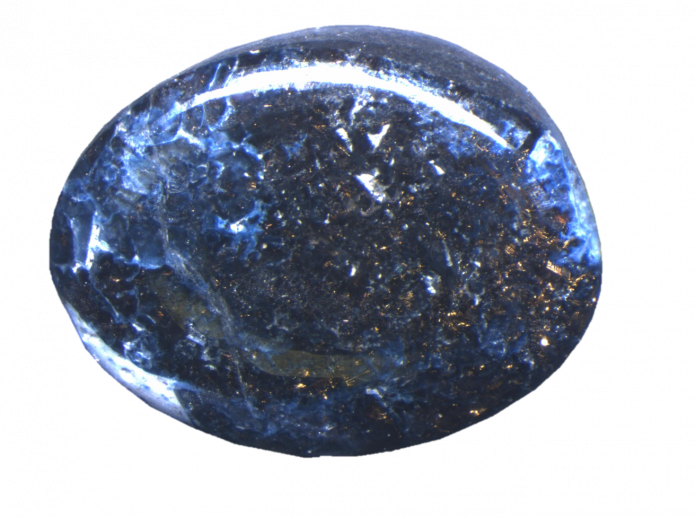 A new mineral whose composition is similar to objects from outer space has been found in Israel’s north.

Israeli gem company Shefa Yamim announced the discovery, saying in a statement that the mineral — containing chemical components of titanium, aluminum and zirconium — had been found in one of its Carmel Sapphire gemstones.

The mineral has been named carmeltazite because it was found in the area of Mount Carmel near the city of Haifa. It was approved as a new substance by the International Mineralogical Association (IMA) and described in a scientific article titled, “Carmeltazite, ZrAl2Ti4O11, a New Mineral Trapped in Corundum from Volcanic Rocks of Mt Carmel, Northern Israel,” written by scientists from Macquarie University, the University of Western Australia, Università degli Studi di Firenze, Università degli Studi di Milano, and Shefa Yamim.

Shefa Yamim’s CEO Avi Taub stated, “We are delighted that our Carmel Sapphire has been recognized as a host to many rare minerals. In today’s world where the prices of gems are determined predominantly by their rarity, the Carmel Sapphire is a unique discovery because it has not been found anywhere else in the world and was discovered by Shefa Yamim in the soil of the Holy Land.”

The Israeli newspaper Haaretz reported that carmeltazite was similar in makeup to materials identified in rocks from outer space, but has never before been discovered on earth. The mineral was found trapped in pockets of crystalline material inside lava deposits. The area is known for discoveries of precious stones.

Carmeltazite is described as black to dark blue, with occasional reddish areas, as well as browns and greens that can be seen through microscopic examination. It has been shown to be harder than diamonds.