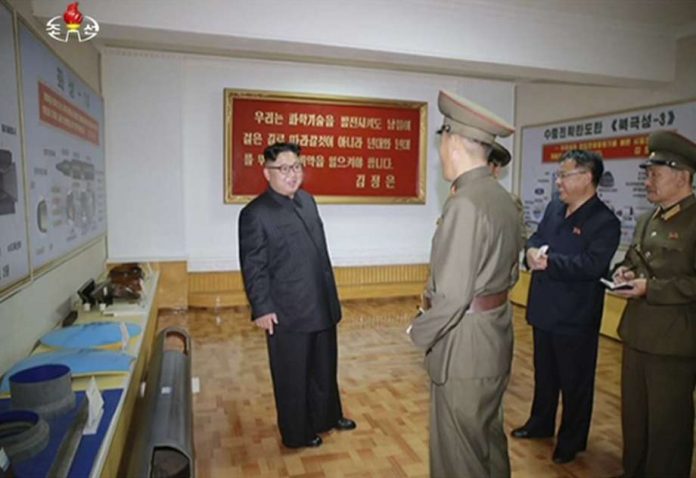 In photos of Kim Jong Un’s inspection of the Chemical Material Institute of the Academy of Defense Sciences released by state media missile analysts recognized some troubling weapons of warfare.
One photo of Kim reveals a poster on the wall clearly mentioning a missile called “Pukguksong-3,” a potential successor to the previous two versions of the missile which were both solid-fuel, medium-range projectiles.
In another, the North Korean leader stands next to a large copper-colored container, which experts said could be a wound-filament reinforced plastic rocket casing. Read more at CNN.
{Matzav.com}