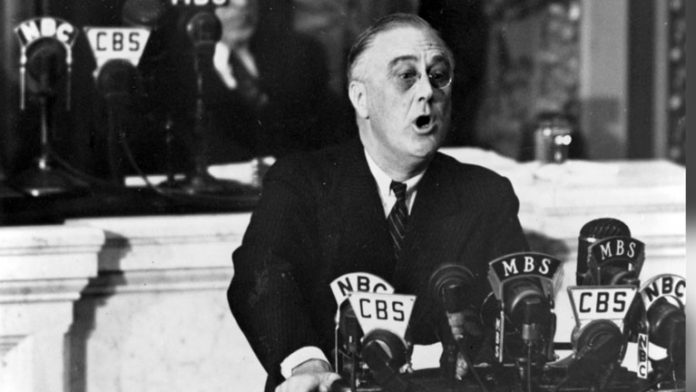 Ahead of this year’s marking of International Holocaust Remembrance Day Jan. 27, new details have been revealed concerning how much the Franklin D. Roosevelt administration knew about the Nazis’ euthanasia policy, and why the U.S. failed to respond.

German historian Thorsten Noack, writing in the latest issue of the scholarly journal Holocaust and Genocide Studies, describes how famed journalist William Shirer first publicly exposed the Nazis’ systematic execution of individuals with physical or mental disabilities. In the pages of Life magazine and Reader’s Digest in early 1941, Shirer revealed horrifying details of the program that would serve as a prototype for the mass-murder techniques of the Holocaust.

At the time of Shirer’s articles, tens of thousands of Germans with physical disabilities had been executed by the Hitler regime. Altogether, an estimated 200,000 “unfit” individuals were gassed as part of the Aktion T-4 program, as it was called.

Building on research undertaken in 1999 by the Simon Wiesenthal Center, Noack traced Shirer’s drafts and notes in order to identify, for the first time, the source of the ghastly news that he shared with the American public. Noack concludes it is highly probable that the information was leaked to Shirer by Jacob Beam, who served as third secretary at the U.S. embassy in Berlin.

Beam (1908-1993) was one of a handful of American diplomats in Germany who were tipped off by German anti-Nazi dissidents about the euthanasia program. He and his colleagues forwarded at least 10 reports on the topic to the State Department between March 1940 and March 1941. Beam “was the only official who, according to archival sources, is known to have pressed for a State Department reaction to the Nazi euthanasia killings,” Noack writes.

Roosevelt went to considerable lengths to avoid offending the Nazis during those years. For example, he asked his ambassador in Berlin, William Dodd, to pressure Dodd’s Jewish acquaintances in Chicago to cancel plans, in 1934, for a public mock trial of Hitler. In 1938, FDR made Secretary of the Interior Harold Ickes remove references to Hitler and Nazism from a speech Ickes planned to give about the suffering of Jews in Europe. The administration blocked congressional resolutions criticizing the Nazis, and even apologized to the Fuhrer when New York City Mayor Fiorello LaGuardia called him “a fanatic who is threatening the peace of the world.”

The Roosevelt administration not only opposed American Jewish groups’ boycott of German products in the 1930s, but went further. It quietly permitted goods to be labeled as having been made in a particular German city or province rather than requiring that they be stamped “Made in Germany,” in the hope of fooling consumers about their origin. It was only after Jewish leaders threatened to sue that the administration halted that subterfuge.

Perhaps the most egregious example of the administration’s approach occurred after furious German and Vichy French officials complained to Washington in late 1940 that U.S. journalist Varian Fry was smuggling Jewish refugees out of France.

Secretary of State Cordell Hull warned Fry to stop “evading the laws of countries with which the United States maintains friendly relations.” When Fry ignored the warning, the administration refused to renew Fry’s passport, forcing him to leave France and end his rescue mission.

One could say that the sabotage of Fry’s rescue work, like the U.S. silence regarding the euthanasia program, in some ways foreshadowed the Roosevelt administration’s response to the Holocaust itself.