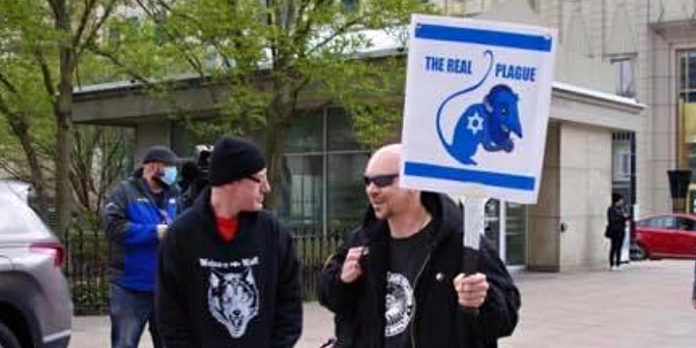 A new study published on Tuesday showed a wave of antisemitism has swept the world during the ongoing COVID-19 pandemic.

The study by Tel Aviv University’s Kantor Center for the Study of Contemporary European Jewry was based on hundreds of reports from around the world, and showed that coronavirus-inspired antisemitism has gone viral on social media networks, with widespread claims Jews either created the disease or were profiting from it.

The report stated that coronavirus-related antisemitism was strongest in the US and the Middle East — particularly in Iran, Turkey, and the Palestinian Authority.

Among the specific assertions is that Jews have been infected with the virus because they rejected Yoshka.

In other cases, cartoons have appeared showing Jews trying to conquer the world through spreading the virus.

In the Middle East, this has concentrated on “Zionists” in the US, who supposedly created the virus to kill large numbers of Muslims.

Israel has also been a target of coronavirus-related antisemitism, with the Jewish state being blamed for allegedly spreading the virus among Palestinians deliberately.

Giovanni Quer of the Kantor Center commented, “The current wave of antisemitism is unprecedented because it has spread through social networks in a short time … and quickly changed into another discourse according to social and political changes.”

He pointed, for example, to the vast economic and social changes wrought by the virus, as well as the ongoing political crisis in the US over the issue of racism, which has also involved antisemitic elements, such as the libel that Israel had trained US police to kill minorities.

The shift of focus from the coronavirus to racism happened in “a few days,” Quer said, and yet “the antisemitic discourse is just as powerful and the sources responsible for disseminating it have adapted [their] antisemitic narratives to the changing social context.”