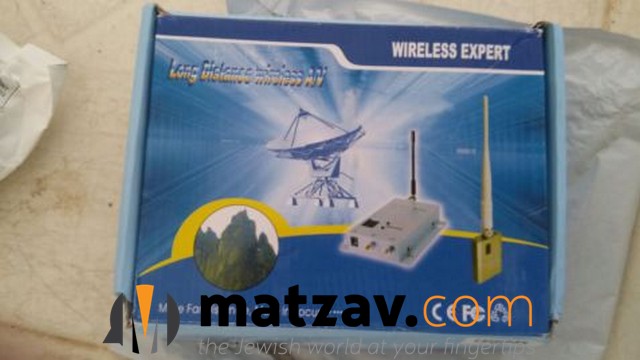 Dozens of weapons smuggling attempts by way of the postal system were foiled this week by Israeli Crossing Points Authorities on the border of the Gaza Strip. Erez Crossing officials confiscated ten motor skimmers, apparently for the use of drones, on Monday morning sent by mail to Gaza.

In particular, attempts have been made to smuggle dismantled weapon and drone parts to be reassembled within Gaza.

With increased pressure by the Coordinator of Governmental Activities in the Territories (COGAT), the Shin Bet, Israel Police, and the Office of Border Control, terror organizations in the Gaza Strip are seeking more innovative methods to transfer weapons.

Gyroscopes for accuracy enhancement, range magnifiers, and signal strength augmenters used remotely by cell phones were seized along with the drone parts. These transmission devices operate at 5.8 GHz, a video signal not approved for use by Israel or the Palestinian Authority.

Israeli police seized pipe bombs, ammunition, and thousands of springs for grenades and rockets in May 19 home raids in Qalansuwa, an Israeli-Arab city in central Israel. According to police officials, the weapons were to be used for attacks both within Israel and remotely from the Gaza Strip.

Additionally, IDF and police forces discovered arms and ammunition hidden in houses in Nablus on Sunday night. Four rifles and two pistols were found, along with many weapon parts, magazines, and a large amount of ammunition. The weapons were confiscated, and 11 terror operatives who held them in their homes were arrested.