FAITH AMID THE FLAMES

The Story of Reb Yosef Friedenson

The Kiddush Hashem he witnessed and created​​

Coinciding with the start of The Three Weeks, Rabbi Yosef C. Golding, known more widely for his work with RCCS and Agudath Israel of America, has collaborated with ArtScroll to bring his father-in-law’s amazing life story to future generations.

Reb Yossel Friedenson was an editor, writer, historian, and lecturer; he excelled in all those pursuits, but he was much, much more. He was the spokesperson for 3,000,000 Polish Kedoshim. He was an embodiment of the precious Jews of pre-War Poland, and for 70 years, they spoke through his pen and lips. He called himself a graduate of six higher institutions of Nazi atrocities: ghettos, slave labor camps, and death camps; but he was a PhD in the faith, kindness, generosity, and fortitude among the few who survived, and the multitudes who did not.

This is not the typical Holocaust litany of atrocity and suffering, although some of his accounts are not for the faint-of-heart. Mr. Friedenson writes about the heroic Jews who maintained their faith and strengthened their suffering brethren. He would often relate this illustrative story. In the Starachowitz labor camp, Reb Yosef was able to wangle permission to bake a few matzos. As the Jews were sharing the morsels, Bruno Pape, their Nazi overseer, came in and mocked them, shouting, “You are idiots! Friedenson, eat bread! Your loving G-d has forsaken you and you still believe in Him?” There was fearful silence, and then, an elderly Jew, Reb Akiva Goldsthoff, got up and said in perfect German, “Sir, you say our G-d has forsaken us? Nicht totahl un nicht auf eivig — Not totally and not forever!”

That was the credo that permeated Mr. Friedenson’s life and writings, in the Warsaw Ghetto, in Auschwitz, in Buchenwald, and in America. His magazine, Dos Yiddishe Vort, which he founded and edited for 60 years, and which is the source of much of this book, was required reading for Yiddish-speaking survivors. For them, it was not just the historical record of pre-War Eastern Europe, but also the chronicle of their faith in defiance of the “reality” of the anti-Semites of the world.

Almost ten years ago, fellow Buchenwald survivor Mr. Elie Weisel wrote, “Reb Yosef Friedenson’s memories from the Warsaw ghetto and the death camps are of extraordinary importance. Particularly original and meaningful are those dealing with religious personalities, their faith, and their suffering. Few have written so well, with such fervor and depth about the Churban [Europa] years.”

Rabbi Yisrael Meir Lau, former Chief Rabbi of Israel, wrote, “Reb Yosef Friedenson z”l was a noble man, full of holiness and knowledge — knowledge of the Torah, and knowledge of life and history of Divrei Y’mei Am Olam. He was not just a survivor from the ashes; he was someone who brought to light the stories of Judaism from the pre-war Europe that is no more.”

In a sense, this book is Reb Yossel’s autobiography, because almost all of it was drawn from his many, many articles as well as transcripts of his lectures and multiple video interviews.

Reb Yosef Friedenson was taken from us on Shabbos Parashas Zachor, 5773. Thanks to this book, his lustrous legacy will live on, and will inspire new generations. 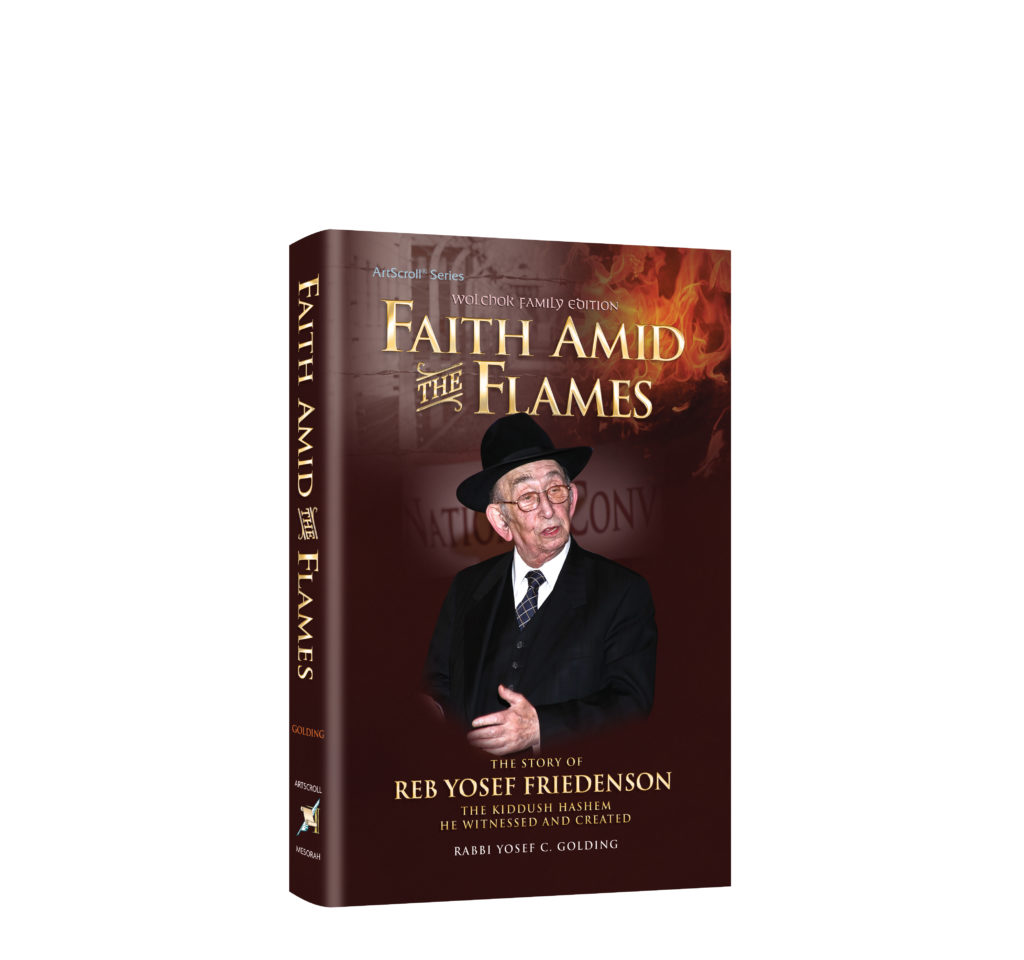