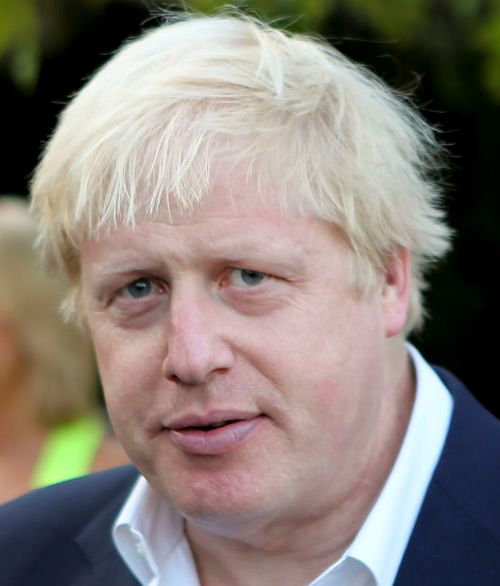 Boris Johnson, on his first full day as British prime minister, went to the House of Commons on Thursday and pronounced “the beginning of a new golden age” and promised to make the United Kingdom “the greatest place on Earth.”

Standing for the first time as prime minister at the Despatch Box, punching the air with his fist and shoving his other hand in the coat jacket, just as his hero Winston Churchill did, Johnson vowed to slash knife crime, hire 20,000 more police, make home ownership affordable, protect Scottish fishing grounds, shrink school class sizes, cut taxes, care for the grandparents, build railways, cut carbon emissions, provide high-speed 5G mobile to all, and bring the “best and brightest” to Britain, with “a radical rewriting of our immigration system.”

Johnson said Britain would host “a bioscience sector liberated from anti-genetic-modification rules” free of the shackles of Europe, launch its own galaxy of satellites, and soon be home of “electric planes,” powered by British battery technology.

“Our future clean, green, prosperous, united, confident, ambitious,” he said. “This, my friends, is the prize.”

But Johnson’s biggest promise of all – the one that could make or break his premiership – is this: Britain will be out of the Europe Union in 98 days.

In the chambers of Parliament, Johnson’s opponents nipped at the new prime minister’s ankles. They charged that he had no realistic plan to leave the E.U. by October, that it was all speech-written poll-tested optimism, “all mouth no trousers,” and “fantasy land.”

Johnson swatted away their criticisms as the moans of “defeatists” and “gloomsters.” Taking a page from the Trump playbook, he asked why his critics did not believe in Britain as much as he did.

Johnson’s plan is to threaten, sweet-talk and cajole the Europeans into reopening talks over the withdrawal agreement May and her E.U. counterparts spent two years negotiating – and to strike “a new deal, a better deal.”

He said the provision to guarantee an open border between Ireland and Northern Ireland by keeping Britain aligned with European trade and regulatory rules – the so-called “backstop” – was a dead duck. “A time limit is not enough,” Johnson said. “If an agreement is to be reached, it must be clearly understood that the way to the deal goes by way of the abolition of the backstop.”

Michel Barnier, the top E.U. negotiator, in a letter to European leadership, poured a bucket of cold water on Johnson’s heated optimism about eliminating the backstop: “This is of course unacceptable and not within the mandate of the European Council.”

Barnier called Johnson’s speech “rather combative” and warned: “we have to be ready for a situation where he gives priority to the planning for ‘no deal,’ partly to heap pressure on the unity of the EU27.”

Britain is trying to figure out which Johnson has just became leader. Is it the liberal Conservative mayor of London who joined gay pride parades and talked up the benefits of immigration? Or the controversial newspaper columnist who has a loose relationship with the truth? Or the hardcore Brexiteer who aligns himself with those on the far right? Does Boris Johnson himself even know?

Some first answers were revealed with the shake-up of the cabinet, which struck many as being not so much a reshuffle but a remaking of the British government. Half of ousted Prime Minister Theresa May’s cabinet went out the door on Wednesday, and Johnson installed true-believer Brexiteers in their chairs.

“This is no normal transition of power. It’s a hard Brexit coup,” wrote the Guardian columnist Martin Kettle.

In total, 17 ministers were pushed or jumped from the government. It’s common for new leaders to make changes, but not on this scale. Prime Minister Harold Macmillan once caused such a stir with his reshuffle that it became known in the British press as the “Night of the Long Knives.” He sacked seven ministers.

Johnson reassembled much of the old gang that fought for “leave” in the June 2016 Brexit referendum. The appointment of political strategist Dominic Cummings especially raised eyebrows.

Played by Benedict Cumberbatch in the HBO film “Brexit: The Uncivil War,” Cummings is credited as the evil genius running the Vote Leave campaign and coming up with its incredibly effective “take back control” slogan.

Other prominent figures from that campaign that got top jobs include Michael Gove, who is effectively the minister for preparing for a no-deal Brexit, Dominic Raab, the new foreign secretary, and Priti Patel, the new home secretary. Patel was forced to resign from the British government less than two years ago after she held unauthorized meetings with top Israelis.

Jacob Rees-Mogg, the patrician in the double-breasted grey suit and leader of the European Research Group, a group of Brexit hardliners, was given the job of leader of the House of Commons.

More than a third of the cabinet attended both private schools as youths and either Oxford or Cambridge as young adults.

The clearing out of so many senior colleagues – and the profile of their replacements – has prompted speculation that a general election is on the horizon. Some speculate that Johnson has veered right in an attempt to fend off Nigel Farage’s Brexit Party, which is eating into the Conservatives vote.

Independent lawmaker Nick Boles, who left the Conservatives over Brexit, told the BBC’s “Today Programme” that the reshuffle establishes “beyond all doubt is that the Conservative Party has now been fully taken over, top to bottom, by the hard right.”

But The Daily Telegraph hailed it as a “dream team” cabinet.

Asked his take-away, Rees-Mogg told Sky News, “Boris will deliver Brexit and then important domestic policies. And that the sun will be shining – not ever day quite as hot as it is today – but the whole approach to government will be positive.”