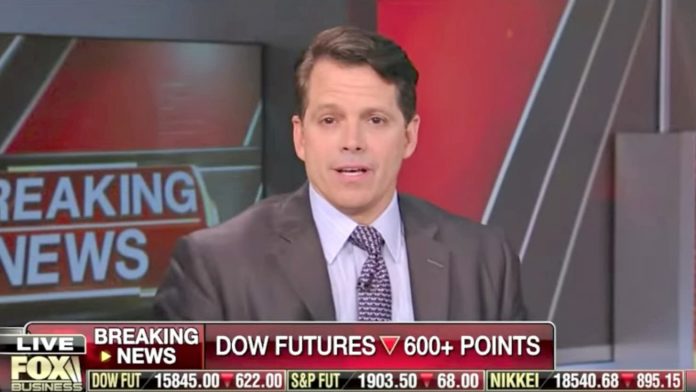 President Trump’s new communications director, Anthony Scaramucci, once called his new boss a “hack politician” engaging in “anti-American” rhetoric. In August 2015, then-candidate Trump railed against “hedge-fund guys paying nothing” in taxes. During an appearance on the Fox Business Network that same day, Scaramucci, lamented how “another hack politician,” whose remarks “anti-American and divisive.” Scaramucci additionally quipped: “I’ll tell you who he’s going to be president of—you can tell Donald I said this—the Queens County Bullies Association.” He landed another blow by calling his future boss “an inherited-money dude from Queens County.”

During Friday’s press conference, Scaramucci joked that Trump brings up this incident “every 15 seconds,” and said it was “one of the biggest mistakes that I made because I was an unexperienced person in the world of politics.” He then apologized to Trump: “Mr. President, if you’re listening, I personally apologize for the fiftieth time for saying that.” Scaramucci, however, did not mention whether he and Trump discussed another criticism of his from the same interview: “I don’t like the way he talks about women; I don’t like the way he talks about our friend Megyn Kelly.”