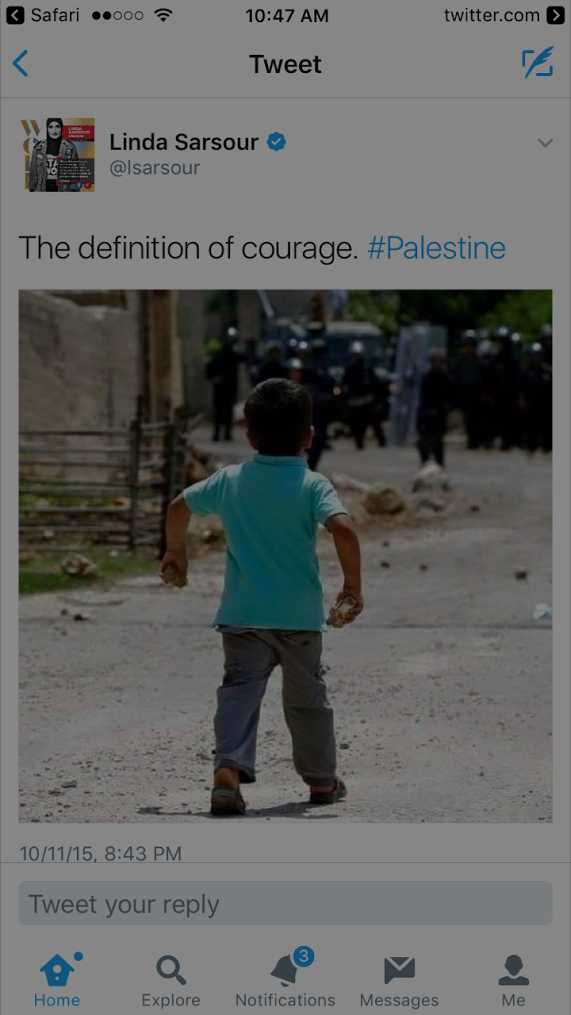 As the row continues over the forthcoming honoring by the City University of New York (CUNY) of Linda Sarsour – a prominent advocate of the BDS campaign targeting Israel – a leading New York City Democrat is calling on fellow progressives to recognize her as a bigot.

Rory Lancman – a member of the New York City Council from Queens – told The Algemeiner in an interview on Monday that it was “inappropriate” for CUNY to honor Sarsour, given her persistent record of antisemitic and anti-Zionist statements. Sarsour is scheduled to deliver the keynote address at a June 1 commencement ceremony for CUNY’s Graduate School of Public Health.

Although Sarsour has been lionized by Democratic Party leaders – including former President Barack Obama, who named her as a “Champion of Change,” as well as New York Senator Kirsten Gillibrand, who penned a tribute to Sarsour in Time magazine – Lancman takes a much less sanguine view of her public outbursts. These include tweets declaring that “nothing is creepier than Zionism” and open incitement against the anti-Islamist writers Brigitte Gabriel and Ayaan Hirsi Ali.

“I want to emphasize that Linda’s statements on social media and at rallies are Linda’s – she owns them,” said Lancman. “They have a history of antisemitism, of anti-Zionism – if you can believe that is something someone would still traffic in, in 2017 – and of hostility and threats towards people who disagree with her.”

Yet Sarsour’s supporters insist she is being victimized by pro-Israel advocates, most notably Lancman and Democratic State Assemblyman Dov Hikind, who strongly protested against CUNY’s decision to honor her. At a small rally organized by progressive groups in Lower Manhattan on Monday, speakers rejected the allegation that Sarsour is an antisemite.

Jewish progressives have been particularly enthusiastic about defending Sarsour. An op-ed published in the New York Daily News on Monday by Brooklyn rabbis Barrat Ellman and Ellen Lippmann depicted Sarsour as a “friend of the Jews” and made light of her incendiary statements. Regarding Sarsour’s Twitter assault on Gabriel and Hirsi Ali, the rabbinical pair wrote: “It was not meant to be taken literally, and is hardly proof that she wants to assault Muslims who disagree with her or surgically strike women’s bodies.”

“That whole op-ed was an absurd whitewash, and that sentence in particular,” Lancman commented. “It was embarrassing for anyone who purports to be involved with women’s rights.”

Lancman said that he is far from alone among New York Democrats in expressing concern about the growing acceptance of Sarsour. “Let’s remember, just a few months ago, the City Council voted 41-10 in favor of a resolution condemning the BDS movement,” he said. “Governor [Andrew] Cuomo shortly before that signed an executive order forbidding state agencies from doing business with BDS adherents. The core of the Democratic Party and the elected representatives who are Democrats know the things that Linda Sarsour has said and done.”

New York Republican Congressman Dan Donovan has also weighed in against Sarsour. In a letter sent last week to CUNY Chancellor James B. Milliken, Donovan expressed “vehement opposition” to Sarsour’s scheduled CUNY appearance. Noting what he called Sarsour’s “vile, disgusting rhetoric.” Donovan concluded: “I could not disagree more with the CUNY administration’s decision. It is, in my opinion, an embarrassment to the university to host a speaker with a history of derogatory, sexist, and anti-Semitic remarks to deliver the 2017 commencement address.”

Lancman argued that today’s rally in support of Sarsour was a defensive measure. “Linda Sarsour’s own statements and conduct have been exposed, and she and her allies understand that the space for them to propagate antisemitic, anti-Israel views is shrinking,” he said. “My goal is to make it unacceptable in America, let alone on the progressive wing of the Democratic Party and among the civil rights community, for someone to say the things that Linda has.”

Yet CUNY shows little sign of backing down over Sarsour. Jeffrey Wiesenfeld – a former CUNY Trustee and a veteran of several New York City administrations – told The Algemeiner that CUNY believed it was to the college’s advantage to associate with Sarsour.

“A commencement address is an honor and it’s a marketing tool,” Wiesenfeld said. “It means that a school wants to identify with a person and a cause to boost its standing.”

Lancman – who first clashed with Sarsour in 2015 over her description of Palestinian children involved with violent attacks on Israelis as the “definition of courage” – said that CUNY’s first priority should be to “worry about the students that they are responsible for educating and graduating. This is a commencement address that students and their parents see as one of the most special moments in their lives. It’s not a forum for someone whose views are so abhorrent.”

Wiesenfeld asserted that CUNY would only shift once donors to the school registered their displeasure. “One would think there are people who would say, I’m not paying for this garbage,” he said. “Chancellor Milliken could say no, but he fears for his job, so he says it’s freedom of speech to avoid saying that he’s honoring Sarsour.”