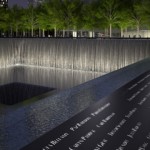 New York City has notified families of Sept. 11 victims that the unidentified remains of those killed at the World Trade Center will be moved on Saturday to a specially built repository at ground zero. But like much else in this yearslong process, the news was met with a mixture of anger, confusion and acceptance, reflecting the divisions of opinion, and continued heightened passions, of the relatives.

The date of the transfer was disclosed just a week in advance in an email sent to relatives over the weekend from Lilliam Barrios-Paoli, the city’s deputy mayor for health and human services.

“On May 10th, the Office of Chief Medical Examiner will transfer unidentified remains” to the repository, she wrote. The examiner’s office would, she said, “continue to maintain exclusive jurisdiction over the remains.”

The repository, at bedrock level at ground zero and overseen by the city’s medical examiner, is in the same building as the National September 11 Memorial Museum. Officials have repeatedly said that the medical examiner’s repository is separate from the museum and that it will be not accessible to the general public. But their proximity has caused confusion and controversy.

Some relatives regard the site as the most appropriate resting place, but others have questioned the wisdom of housing the remains in the museum building. They also say there is a risk of flooding at bedrock level, near the Hudson River. Read more at the New York Times.