You may have heard of “alcopops.” They’re carbonated fruit drinks with an alcoholic punch. Kids are breaking the law to get their hands on them, but the New York City Health Department is stepping in to try to stop that from happening, reports CBS 2’s Hazel Sanchez.

They are sweet, fizzy and intoxicating. Though they’re made for adults, the city said Wednesday kids crave them.

“It’s like a fruity, summery … it doesn’t have that gross manly beer taste,” one young woman said.

“I mean, it’s sweet. It doesn’t really taste like alcohol,” another added.

That’s why the health department wants all alcopops banned.

“I think drinks should be served in bars only,” one young man said.

New York State Sen. Jeff Klein has already proposed a bill to stop the sale of alcopops containing more than 6 percent alcohol in convenience stores and delis, where underage drinkers commonly get their hands on them.

If passed, drinks like de-caffeinated Four Loko could only be purchased in liquor stores. But the health department wants to strengthen Klein’s bill to include all flavored malt beverages, including drinks like Smirnoff Ice and Mike’s Hard Lemonade.

“While some of these other very sweet flavored beverages have very low alcohol content, I want to make sure they don’t fall into the hands of minors,” State Sen. Klein said.

Some convenient store owners said alcopops are very popular with their customers, and that pulling them off the shelves would definitely hurt business.

“This is like summertime beer. If they really ban it. It’s going to hurt sales,” store owner Adam Alghaighy said.

Alghaighy said the focus should be on carding customers.

“You’re taking it away from all of those people who would like to drink it and are of age and enjoy it and I think that’s just wrong,” one woman said.

But many said, unfortunately, kids who want to drink will somehow find a way.

The caffeinated version of Four Loko was made illegal by the Food and Drug Administration last November. 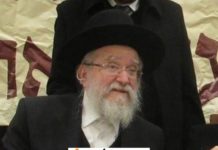 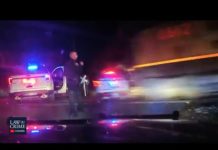