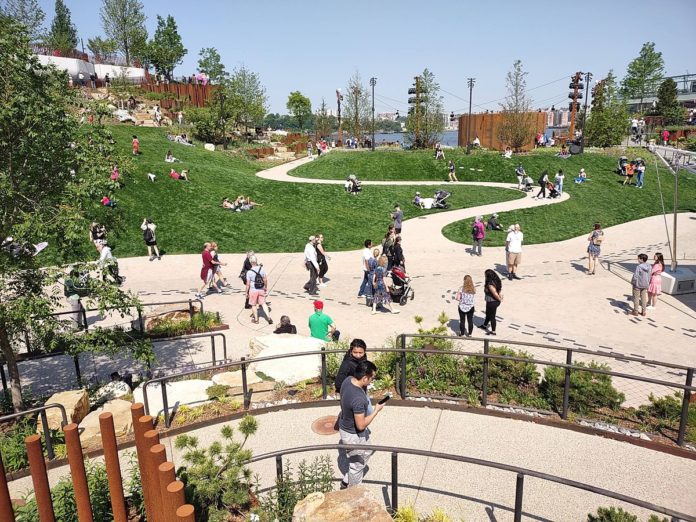 >>Follow Matzav On Whatsapp!<<
Little Island is its name, but the vision and the budget behind it were colossal.
The public park on New York City’s Hudson River finally opened on May 21 nearly seven years after plans were unveiled, thanks to billionaire media mogul Barry Diller, whose $260 million donation has further transformed the once-derelict West Side of Manhattan.
The island was built on the pillars of the former Pier 54, connected to Manhattan by a walkway that will take visitors from the trendy Meatpacking District to the site where survivors of the Titanic were taken and from where the Lusitania departed.
Read more at CNN.
{Matzav.com}