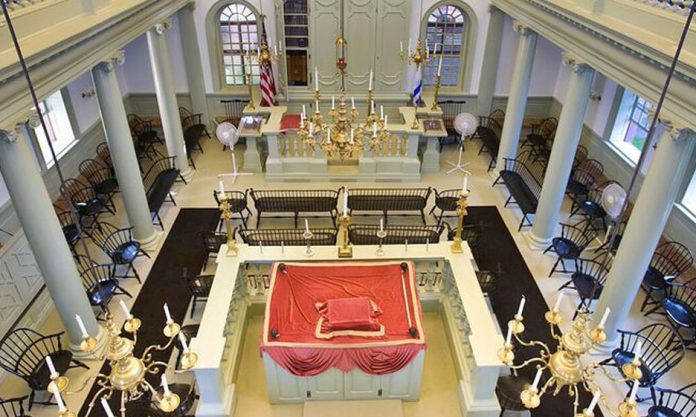 A federal appeals court on Wednesday ruled that a New York Jewish congregation is the rightful owner of the nation’s oldest synagogue, in Rhode Island, along with a set of bells worth millions.

The legal battle began when Touro Synagogue in Newport tried to sell a set rimonim, worth some $7.4 million. New York’s Congregation Shearith Israel attempted to block the deal, citing an 18th century agreement that named it a trustee. A lower court last year placed ownership of the synagogue with the Rhode Island congregation that worships there, Newport’s Congregation Jeshuat Israel. The appeals court reversed that decision citing previous agreements.

The historic building was consecrated in 1763, when the town had one of the largest Jewish populations in the American colonies, including many who had fled the Spanish Inquisition. It was vacated in 1776 when most of the city’s Jewish population fled at the start of the Revolutionary War. Read more at REUTERS.