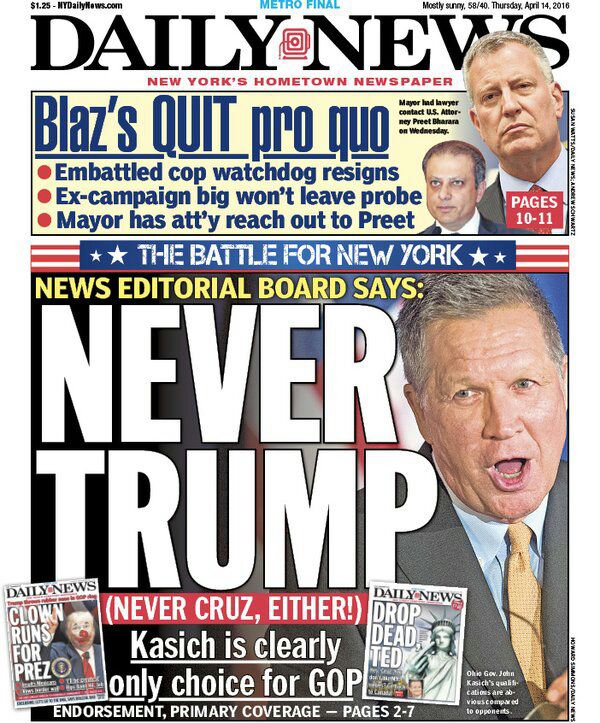 The newspaper’s front page today features the headline, “NEVERTRUMP,” along with “NEVER CRUZ, EITHER!” in parenthesis. “Kasich is clearly only choice for GOP,” it says.

The paper’s editorial board urged New York’s Republican voters to support the Ohio governor in the presidential primary on April 19. “Kasich’s qualifications are all the clearer — screamingly so — when matched against those of competitors Donald Trump and Ted Cruz,” the letter said.

The endorsement praises Kasich’s “principled, pragmatic conservatism,” and slams Cruz an “ideologue” while saying the real estate mogul “suffers from the irreparable, disqualifying defect of being Trump.” Read more at the New York Daily News.