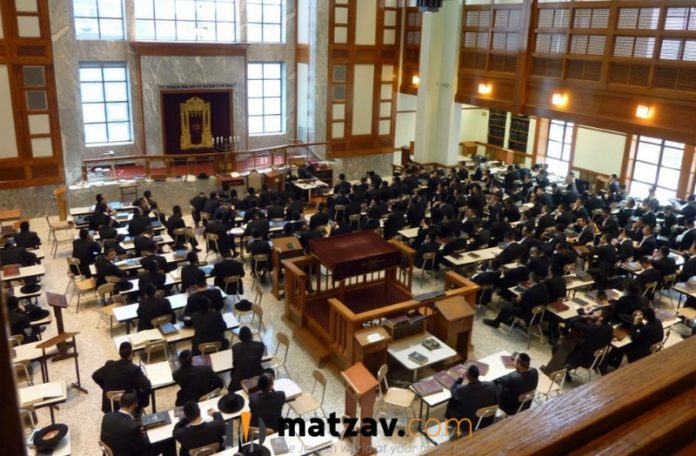 >>Follow Matzav On Whatsapp!<<
When the proposed New York State Executive Budget was released in late January, things did not look good for the nonpublic schools as represented by Agudath Israel and its coalition partners. The economic slowdown caused by the COVID-19 pandemic wreaked havoc on the state’s fiscal equilibrium, with multi-billion-dollar deficits anticipated. Virtually every funding stream available to yeshivas and other nonpublic schools was facing cuts from previous year’s levels.
More ominous, though, was proposed language that threatened the very existence of Mandated Services Aid (MSA). The MSA program, originally promoted by the legendary Agudah leader Rabbi Moshe Sherer z”l, is the largest single source of funding for non-public schools in New York. Originally enacted in 1974, it centers on schools being reimbursed for their “actual costs” in fulfillment of state mandates and participating in state assessment programs.
In previous years, the state took responsibility for the entire amount of the MSA. Therefore, even if the state did not pay the complete MSA due to a budget shortfall, the state accepted liability to pay it in future years. In fact, in 2016 and 2017, based in large part on intense advocacy by Agudah and others, there was a $250 million windfall that was incurred as a result of a shortfall from previous years.
However, the language originally proposed in this year’s executive budget stated that MSA claims will only be reimbursed to the extent of the appropriation in the current year’s budget, and that would represent fulfillment of the state’s obligation. The state would not be accepting responsibility for the MSA claims in excess of the appropriation. This harmful language threatened the viability of the entire MSA as future budgets would not be obligated to reimburse the full cost of services performed.
Sensing the threat, as well as proposed shortfalls, the Agudah advocacy team sprang into action. Though precluded from physically traveling to the state capitol in Albany due to ongoing COVID restrictions, Agudah arranged three advocacy days with legislators via Zoom as well as numerous calls and emails directly to lawmakers.
When the final budget was released on Tuesday after tense negotiations centered around taxes, sports betting, school aid, and other contentious items, the results of the advocacy of Agudah and its coalition partners were on prominent display. Combined with an improving fiscal situation as well as an infusion of federal dollars through the American Rescue Plan Act, the nonpublic school advocates accomplished almost all their legislative objectives. Specifically:
Commenting on the new budget, Agudah Executive Vice President Rabbi David Zwiebel noted that “this year’s budget includes a number of provisions that will surely be difficult to swallow. However, the yeshiva community does have much to be grateful for. Of particular note is that the Mandated Services program, with which Agudah has been so closely identified for nearly half-a-century, and which has served as a lifeline for so many yeshivos, was saved from a potentially devastating fate.”
“We thank all the legislators and staff for listening to our concerns and continuing to recognize the unique role of the non-public school community by providing the necessary funding.” added Rabbi Yeruchim Silber, Agudah Director of New York Government Relations.” We are also extremely grateful to all the activists and yeshiva officials who joined us for our virtual lobby days. Your involvement made a real difference.”
{Matzav.com}