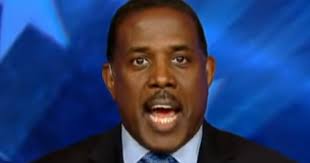 The Wall Street Journal reports: A Democratic New York state senator apologized Tuesday after telling a Republican spokeswoman that she should kill herself.

Sen. Kevin Parker, who represents a district in Brooklyn, wrote his comment on Twitter after the deputy communications director for the state Senate’s GOP majority, Candice Giove, said a car with Mr. Parker’s placard was blocking a bike lane in Midtown Manhattan. A picture of the car in the bike lane was posted to Twitter on Thursday by another user.

Mr. Parker told The Wall Street Journal on Tuesday that Ms. Giove was a Twitter troll whose work for the GOP conference and the now-defunct Independent Democratic Conference, which was allied with Republicans, was out of step. “My words were not proper to say, and I’ve apologized for that,” Mr. Parker said. “But let’s understand what this is about: She should be spending her time getting her conference in line with the values of the people of the state of New York.” Read more at the Wall Street Journal.