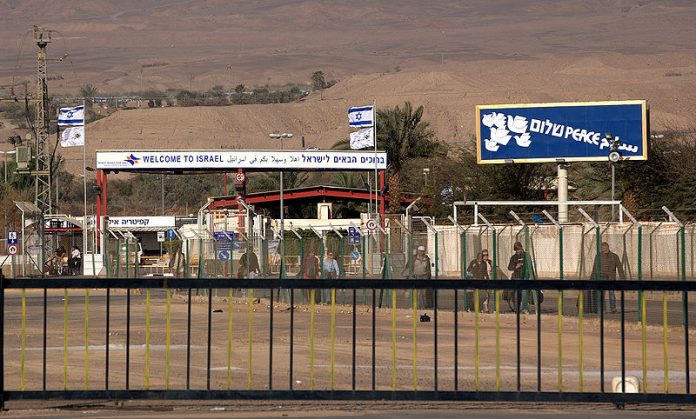 The article, about Jordan’s decision to release from prison the person convicted of murdering seven Israeli schoolchildren, reports:

The Israeli-Jordanian peace has proved firm and lasting, but it still exists mainly at the government level and has not been popularly embraced.

There’s little evidence that the Israeli-Jordanian peace “has not been popularly embraced” by Israelis. If there is any such proof, the Times doesn’t offer it in its story.

Some 100,000 Israeli tourists reportedly visit Jordan each year; in some years, there have been as many as 200,000. There’s no significant political movement in Israel that calls for scrapping the peace treaty with Jordan, and I’ve yet to meet an Israeli who says, “Gee, I really wish we were at war with Jordan.”

It is true that there are some Jordanians who, like a variety of other Muslims and Arabs, haven’t yet accepted the idea that Israel will continue to exist as a Jewish state. They reject the idea of peace with Israel. But there’s no similarly widespread feeling in Israel.

Perhaps the Times didn’t mean to make this accusation against Israelis and simply was less than careful in crafting the sentence.

It might seem like a small point. But the effect is to portray the people of Israel as hostile to peace — as warmongers. That fits a whole elaborately constructed narrative. In that false narrative, the conflict in the Middle East is not the result of Arab or Muslim refusal to accept the existence of a Jewish state, but rather is the result of the Israeli public’s refusal to embrace peace.

In a way, it’s a blood libel, because it makes all the bloodshed of the Arab-Israel conflict, all the misery of the Palestinian Arabs, the fault of the Jews. Or at least places on the Jews an equal share of the blame.

It’s in sentences like that — unattributed context, written in the all-knowing, confident voice of Times authority — that bias creeps in to news coverage.