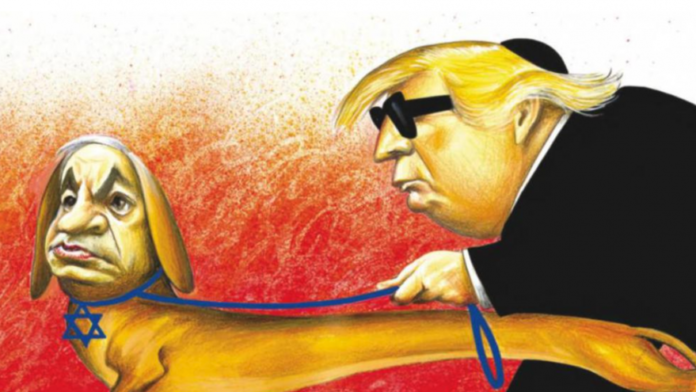 The international edition of The New York Times will no longer feature daily political cartoons, according to the paper’s editorial page editor James Bennet.

While Bennet says the policy change has been in the works for a year, one of the paper’s leading cartoonists, Patrick Chappatte, said the decision was directly related to a public outcry against an April caricature of Israeli Prime Minister Benjamin Netanyahu as a dog wearing a Star of David collar and seemingly guiding a blind U.S. President Donald Trump, who was wearing a yarmulke.

“In April 2019, a Netanyahu caricature from syndication reprinted in the international editions triggered widespread outrage, a Times apology and the termination of syndicated cartoons,” Chappatte said on his website. “Weeks later, my employers tell me they’re ending political cartoons altogether by July. I’m putting down my pen, with a sigh: that’s a lot of years of work undone by a single cartoon—not even mine—that should never have run in the best newspaper of the world.”

The paper apologized for the offensive cartoon, but then days later published another cartoon featuring Netanyahu, this time with blacked-out eyes, holding a stone tablet emblazoned with a Star of David, while appearing to take a selfie with a smartphone.

The decision to scrap the cartoons will come into effect on July 1, according to a statement by Bennet on Monday.