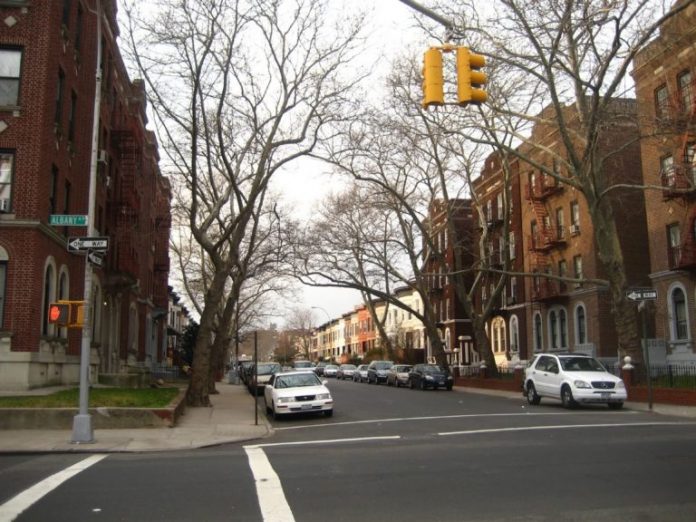 The New York Times has finally achieved what not even the Crown Heights riot could accomplish: eradicating all trace of Jews or Judaism from that Brooklyn neighborhood.

According to the lawsuit, the city is “foisting yet another” shelter on Crown Heights, a largely West Indian and African-American community, in order to avoid “the vocal criticism of the affluent and largely white citizenry” in other neighborhoods. The matter is to be heard before Justice Katherine A. Levine on Tuesday.

Though gentrifying, Crown Heights remains one of the city’s poorer neighborhoods…

The New York Times itself had accurately reported in its real estate section less than two years ago that the neighborhood “has a populous Lubavitcher Hasidic section.”

The New York Jewish Week reported in a 2016 article about Crown Heights that there were approximately “23,800 Jews living there, according to UJA-Federation of New York’s 2011 population study.”

The Times article today doesn’t come right out and call the Jews of Crown Heights interlopers. It doesn’t acknowledge their presence at all. But it’s not difficult to draw that implication. Maybe it’s the lawsuit, not the Times, making the demographic characterization of the neighborhood, but if that is so, the distinction isn’t clear from the sentence in the Times. In any case, if it is the lawsuit making that false characterization, there is no reason for the Times to pass it along uncorrected.

It may seem like a small point. But consider the history of the violent antisemitic riot in the neighborhood in 1991 — a riot that, as former New York Times reporter Ari Goldman wrote, the Times itself failed to cover accurately. Is it really too much to ask today’s New York Times not to omit the Jewish presence from its description of the neighborhood?

Apparently, and unfortunately, it is.