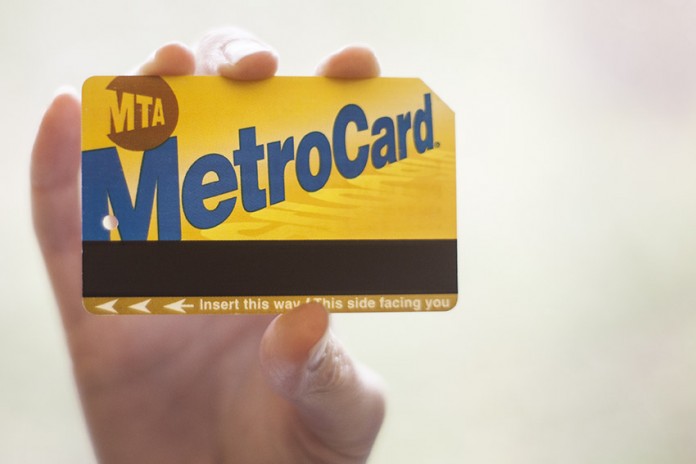 A trial program to replace the New York City MetroCard reached 1 million rides in just 2 1/2 months, the Metropolitan Transit Authority announced Tuesday. But whether this latest effort to bring Gotham’s dysfunctional, 115-year-old underground into the 21st century can work system-wide is another matter entirely.

Modeled on payment technology used in London and Chicago, the $540 million OMNY system allows New York commuters to scan credit or debit cards (as well as smartphones and smartwatches) instead of using the ubiquitous yellow card. The frustration of swiping and reswiping as your train leaves the station will be a thing of the past. Or at least that’s the hope.

Beyond speeding humans through the city’s 472 subway stations, OMNY aims to integrate those millions of transactions into financial networks. But imposing a new form of fare payment on any urban transport system, let alone one with an annual ridership of 1.75 billion, can be a major undertaking. Al Putre, head of the MTA’s New Fare Payment Program, calls the endeavor a “heart transplant.” Things often go sideways.

That’s what happened in Chicago back in 2013. New fare readers were built to handle the city transit system’s new “Ventra” cards, credit cards with contactless capability, and smartphones and smartwatches using Apple Pay, Google Pay or Samsung Pay. But when the network came online, calamity was almost immediate. The scanners gave away 930,000 rides, double charged for others and occasionally picked up data from nearby cards belonging to other commuters.

The Chicago system, which has since been fixed, also failed to credit deposits to some rider accounts. More recently in Boston, the Massachusetts Bay Transportation Authority was forced to delay the unveiling of its new fare collection system thanks to technical difficulties with its $575 million revamp.

Similar efforts to integrate scanner technology are underway elsewhere. Beijing’s transit system already has a combination of contactless digital wallet scanning and QR code options and Hong Kong is planning a roll out of its own scanner system by 2020. In the U.S., Los Angeles is in the process of installing a new open payment system and Miami is starting a pilot program this summer. Transit systems in Atlanta, Washington and San Francisco are also considering a transition to contactless payments.

New York’s program, called One Metro New York or OMNY for short, is designed and run by the same contractor behind the Chicago and Boston projects. Cubic Corp., a San Diego-based transit and defense systems company, has hundreds of millions of dollars in contracts with nine of the 10 largest U.S. transit systems, according to Matt Cole, a Cubic senior vice president. Cubic’s transportation systems division is responsible for about 56% of the company’s $1.2 billion in 2018 revenue.

The company was behind the first use of magnetic stripe fare technology way back in 1977, in the Washington Metro. Seven years ago, Cubic was also first to integrate contactless payment cards, this time in London’s Underground. In 2018, there were about 17 million trips each week on the U.K. system using contactless payments, making up 45% of all journeys, according to a Mastercard case study.

With one of the oldest subway systems in the world, New York City has seen several different modes of payment through its history. In 1904, riders simply bought a ticket. That changed in 1920, when the Metropolitan Transportation Authority installed turnstiles that accepted nickels and later dimes. The switch to tokens was made in 1953 when the fare rose to 15 cents, since turnstiles couldn’t take two different coins.

Tokens were phased out almost 50 years later in favor of the MetroCard-which was first introduced in 1995 as part of a Cubic contract. In 2006, the MTA worked with MasterCard and Citibank to introduce PayPass, a contactless fare payment card, but the technology didn’t take. The transit authority tried again in 2010, relaunching PayPass with MasterCard, though it once again failed to gain adherents among commuters.

Cubic’s Cole contends OMNY will transform the way New York’s subway works-and gain traction among riders. “If you’re like me, it actually can be a 5-second transaction swiping it a few times,” he said of the MetroCard and its finicky magnetic strip. Moreover, the MTA claims the expense of maintaining the current system is significant, requiring the production of millions of cards and servicing vending machines and card readers that often break down.

The bet by the MTA and Cubic is that commuters are now more comfortable with contactless payment systems.

In 2017, the MTA awarded Cubic a $540 million base contract, starting with the pilot program on one of the busiest lines in the subway system. A portion of the Lexington Avenue 4, 5 and 6 lines between the Barclays Center in Brooklyn and Grand Central Station in Manhattan, as well as on buses originating in Staten Island, have Cubic’s neon blue scanners affixed to turnstiles and bus handrails.

The number of active users in the New York pilot program reached 196,000 as of July 30, according to the MTA (though some 4.3 million people use the system every day). Cole is confident that a slower rollout will result in a more successful debut than what befell Chicago. “The entire system was launched to the entire ridership all on day one essentially,” he said of that debacle. “We made some mistakes.”

So how does OMNY work exactly? Grab your contactless-enabled credit or debit card (look for a little radio wave symbol), or your smartphone with a payment app, and wave it over the scanner. There’s no need to tap the reader or open the payment app.

If all goes as planned, further expansion of the New York system may begin by December. At a press conference Tuesday at the Fulton Street subway station, one of the testing grounds for OMNY, subway officials touted the system’s new milestone.

Reaching one million “affirms the acceptance by our customers who find it unbelievably convenient,” said MTA Chairman and CEO Patrick J. Foye. “New Yorkers are tech savvy and willing to try a new technology.”

That may be, but there are other obstacles to overcome. Some 80% of OMNY customers used a digital wallet on their smartphones rather than a credit card, Putre said, in part because banks have been slow to issue cards with contactless technology.

An OMNY app, which can be used for mobile ticketing, is scheduled to arrive next year. Customers will be able to create personalized transit accounts to see ride history, check balances, add value as well as report lost or stolen cards. In 2021, the MTA plans to introduce an OMNY card that can be purchased and refilled, for riders who don’t wish to use or don’t have a smartphone or credit or debit card. OMNY won’t be in use systemwide until 2022, the MTA said.

Eventually, the New York initiative could expand to the region’s sprawling commuter rail systems, the Long Island Rail Road and Metro-North Railroad, allowing riders to use OMNY with multiple systems.

But for those luddites among you out there, don’t worry: Just as the token was phased out over several years, the MetroCard isn’t going away anytime soon. And in New York, such a low-gear implementation may be critical to enabling mass adoption.

While 63% of people make contactless transactions in the U.K., Americans are far behind the curve, with less than 1% of transactions being contactless, according to a Federal Reserve Bank of Boston report. At Brooklyn’s Borough Hall Station this week, this reality was illustrated for a casual observer who, during the frenetic morning rush, didn’t see one commuter avail themselves of the scanners over a 30-minute period.

Alexis Perrotta, a professor at Baruch College in New York and an expert on urban transportation policy, said phasing out the MetroCard is necessary, but there are other things the MTA would be better off improving first. Most commuters would point to the subway system’s ongoing infrastructure crisis-one marked by overcrowding, delays and maintenance failures stemming from ancient equipment-as a better place to start.

“It would make a much greater difference to have more reliable trains, shorter headways between trains, cleaner stations and a better announcement system,” Perrotta said. “There are a thousand things you could do before you brag about giving customers one or two seconds on their trip.”

That said, Perrotta explained that the new system could be used to impose a sliding fare scale that may allow for lower-income New Yorkers to get cheaper fares while tourists would pay more than New Yorkers whose taxes fund the system.

David Block-Schachter, chief business officer at Transit (an app) and former chief technology officer for the MBTA in Boston, said he’s skeptical about the trust being placed by so many transit systems in just one company. “I only hope that they’re as good as all these contracts that they’re winning,” he said. “Some of the timing of some of their projects is not as quick as anyone would like it to be.”

Block-Schachter emphasized the need for open application programming interfaces (API), which would mean third parties such as Transit or Google Maps could build on the OMNY technology.

“Transit agencies almost invariably make not the best technology decisions and get locked in because of the vendors that they choose,” Block-Schachter said. “I’m worried that as successful as I hope OMNY will be, 10 years from now it will already seem outdated.”

But the OMNY pilot program does have some fans. Eric Huber, a banker in New York, has taken to the new system. A resident of New York’s northern suburbs, he used his phone to get through the turnstile at Grand Central station one Friday afternoon on his way down to Union Square. He said it’s nice to not have to stand in line to buy or reload a MetroCard.

“It was very cool,” Huber said. “You’re just getting that intermediary process out of the way.”