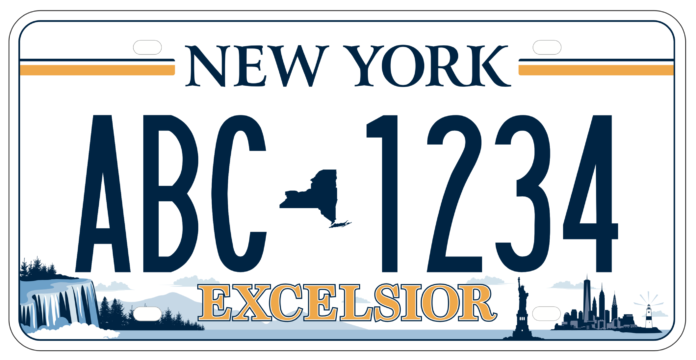 New York State is redesigning its official license plate — and residents are being asked to vote on the new look, Gov. Cuomo announced Monday.

And among the potential plates is one featuring the new Tappan Zee bridge — now officially named for Cuomo’s father, Gov. Mario M. Cuomo. Other options include a picture of the Statue of Liberty and the New York City skyline.

Voters will be able to pick their favorite online or at the New York State Fair in Syracuse beginning Wednesday. Polls close Sept. 2.

The winner will hit the market in April 2020, the governor’s office said.