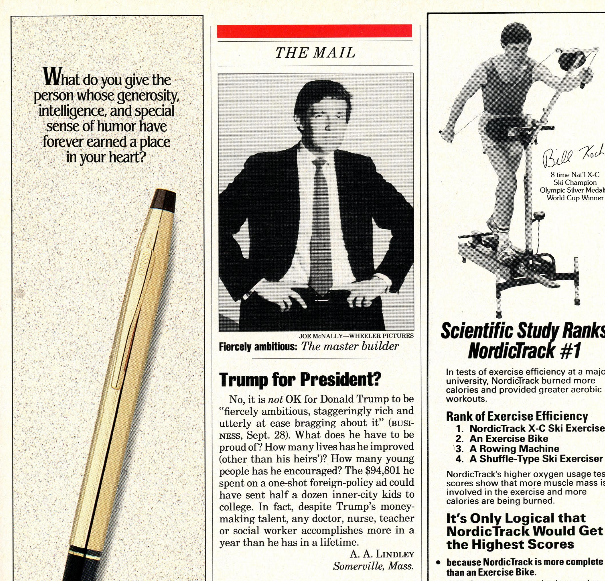 In the fall of 1987, Newsweek took a break from covering the 1988 primaries to put a 41-year-old businessman on the cover.

It was one of the earliest national magazine profiles of “America’s brash billionaire,” Donald Trump. Though 29 years younger, Trump was hardly more modest than the presidential candidate you know today. “I’m not running for president,” he told Newsweek‘s Bill Powell and Peter McKillop in the 1987 piece, “but if I did…I’d win.” In the same interview, he boasted that “there is no one my age who has accomplished more.”

Newsweek published the following letters in its October 19, 1987, issue:

A letter from a reader about Donald Trump. NEWSWEEK, OCTOBER 19, 1987.