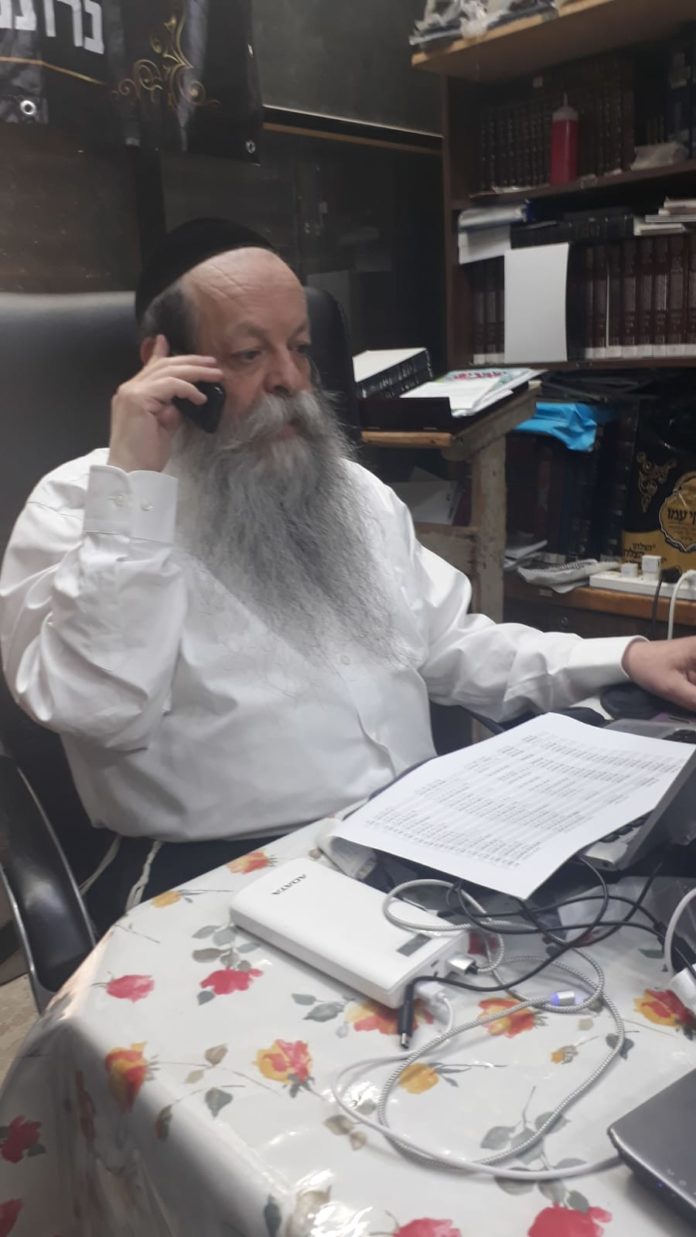 The current goal to save the Yeshiva is 5 MILLION DOLLARS.

They are waiting for a Yeshuah.

The word of the gadol hador is not to be taken lightly.

Rav Chaim Kanievsky has committed to act on behalf of those who assist in the current campaign to save Yeshivas Tiferes Tzion-Kiryas Melech, which is in danger of closing.

This is a yeshiva that was founded by the Chazon Ish eighty-five years ago. Gedolei olam, including Rav Chaim himself, learned there. Today, Rav Chaim is the nosi of the yeshiva. For the past two decades, his son, Rav Shlomo Kanievsky, has stood at the helm of the yeshiva, but now the yeshiva is in existential danger.

The yeshiva and Rav Shlomo are in a very challenging situation. It is very literally a question of survival.

Presently, there is a fundraising campaign to save the yeshiva. It is hoped that the donations of the public can stave off the yeshiva’s closure.

Rav Chaim has released a very powerful letter, which he himself wrote, in which he describes the importance of helping save the yeshiva: “My son, Hagaon Rav Shlomo shlit”a, is experiencing tremendous anguish due to the running of the yeshivos, Tiferes Tzion and Kiryas Melech, and since [as Chazal say] ben kara d’avuha, a son is an extension of his father, [Rav Shlomo’s] salvation is my salvation and [Rav Shlomo’s] yeshuah is my yeshuah.” Furthermore, Rav Chaim said that he will, bli neder, if he is able, “serve as an emissary in the future on behalf of those who contribute [to this effort].”

The official campaign has been launched yesterday, July 16, and will continue for the next 2 days.

The desperateness of Rav Chaim’s call should be enough to move us.

And his promise to help those who participate should invigorate us.

Rav Chaim has committed to “serve as an emissary in the future on behalf of those who contribute [to this effort].”

These are words to be taken to heart!

Do what you can to help this important campaign and thus merit an extraordinary zechus. 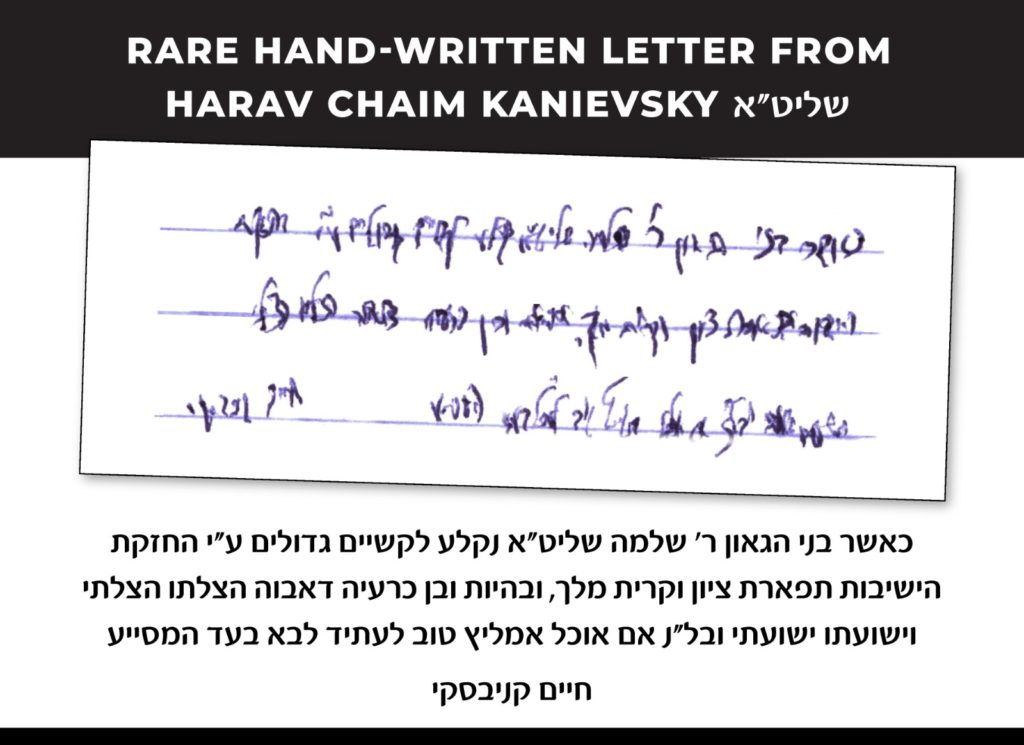