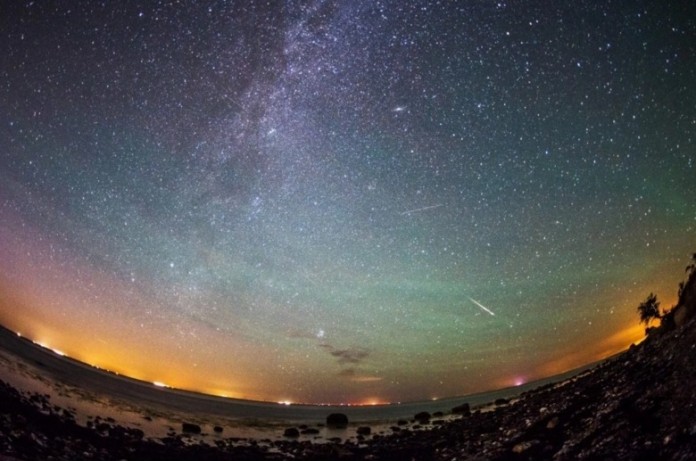 So big that when a star is born on one side of the BOSS, it takes a billion years for the light to reach the other side.

So big that comparing the BOSS to the next biggest thing like it is like comparing Oig Melech Haboshon to your three-year-old nephew.

What is the BOSS? It’s a wall. A Great Wall. It makes other walls – you know which ones – look like, well, nothing, because the BOSS Great Wall is an immense complex comprising more than 800 galaxies and weighing 10,000 times as much as the Milky Way and other walls are just a measly pile of rocks on an insignificant planet in a remote part of space.

Anyway, scientists working for the Baryon Oscillation Spectroscopic Survey – the international galaxy-mapping effort from which the BOSS gets its truly spectacular acronym – say that the newly discovered cosmic feature is the largest structure in the universe. Or at least, as much of the universe as they’ve mapped so far.

In a study published in the newest issue of the journal Astronomy and Astrophysics, the scientists describe the BOSS Great Wall (BGW) as an enormous collection of galaxies more than one billion lightyears across.

“It was so much bigger than anything else in this volume,” Heidi Lietzen of the Canary Islands Institute of Astrophysics, a lead author on the study, told the New Scientist.

“Walls” like the BGW are part of the underlying structure of the universe. Most of space is a vast empty void, and all the stuff that astronomers look for – stars, planets, the galaxies they constitute – is threaded through that nothingness. Pulled together by gravity, galaxies coalesce into clusters, which in turn form larger structures called superclusters. Those are then corralled into “walls” – the coronary arteries of this giant system of matter, and the biggest things in space.

Researchers for the Sloan Digital Sky Survey (the BOSS survey is one of its projects) have been trying to map that web in order to better understand the universe’s history, size and speed of expansion. Using a dedicated telescope located in the remote desert scrubland of Sunspot, New Mexico, they scan huge swaths of the sky for distant galaxies, brilliant quasars and other celestial objects.

In the process, they’ve found some pretty enormous things. Like the “Sloan Great Wall,” which Lietzen and her co-authors say is the closest system of superclusters comparable to the BGW.

But even that is dwarfed by the Sloan survey’s newest find. The BOSS Great Wall has ten times the volume of the Sloan wall and is almost 70 percent larger in diameter. It comprises four superclusters containing 830 galaxies, and it looms in space some 5 billion light years away from Earth. (For what it’s worth, the biggest thing in our neck of the woods, the Laniakea supercluster that includes our own Milky Way Galaxy, is less than half the size of the BGW.)

Indeed, the BGW is so big that some scientists question whether it can really be considered all one thing.

“I don’t entirely understand why they are connecting all of these features together to call them a single structure,” Allison Coil, an astrophysicist at the University of California — San Diego, told the New Scientist. “There are clearly kinks and bends in this structure that don’t exist, for example, in the Sloan Great Wall.”

But size isn’t really the point, Smithsonian Magazine noted. The discovery of the Boss Great Wall is just one part of a larger survey that will – astronomers hope – reveal not just what the universe looks like, but how it’s evolved and how it continues to change.

Which is a very nice sentiment. But the BOSS Great Wall is still biggest. And you know what that makes it?

(c) 2016, The Washington Post · Sarah Kaplan · with additions by Matzav.com