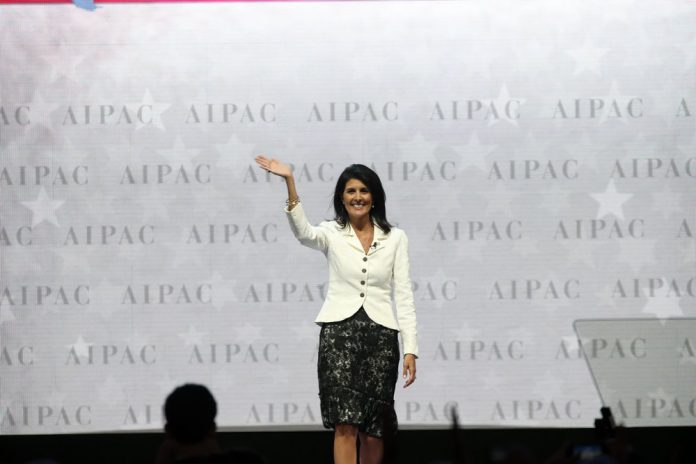 The United Nations has tentatively agreed to cut nearly $600 million from its peacekeeping budget after pressure from President Trump’s White House to reduce funding. Under the agreement, the U.N. will spend $7.3 billion on peacekeeping in the next year, down from $7.87 billion, Agence France-Press reported Wednesday. U.S. Ambassador to the United Nations Nikki Haley cheered the agreement on Twitter late Wednesday.

“Just 5 months into our time here, we’ve cut over half a billion [dollars] from the UN peacekeeping budget and we’re only getting started,” she wrote. Trump had previously angered U.N. diplomats by pushing for a $1 billion cut to funding. Human Rights Watch has warned against the proposed cuts, saying the “misguided” move would leave vulnerable civilians in Sudan’s Darfur region without crucial protections. The budget is due for a vote by the U.N. General Assembly on Friday, and is expected to be approved. Read more at AGENCE FRANCE-PRESSE.