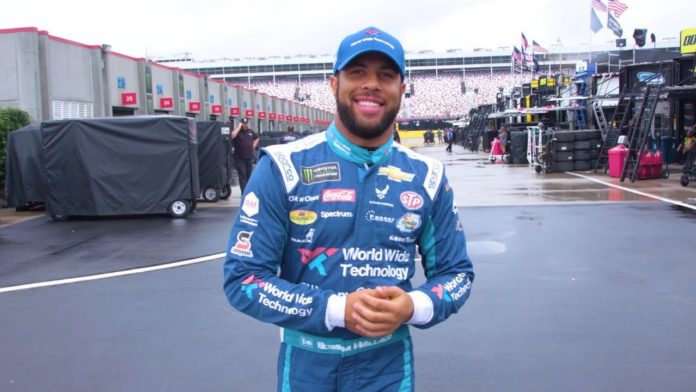 NASCAR driver Bubba Wallace was not the target of a hate crime, the FBI concluded after completing its investigation at Talladega Superspeedway (Alabama), and no charges will be filed in an incident involving the only African American driver on the sport’s elite Cup series.

U.S. Attorney Jay Town and FBI Special Agent in Charge Johnnie Sharp Jr. said an investigation determined “although the noose is now known to have been in garage number 4 in 2019, nobody could have known Mr. Wallace would be assigned to garage number 4 last week.”

NASCAR President Steve Phelps addressed the development Tuesday evening but did not take questions in a conference call with reporters.

“For us at NASCAR, this is the best result we could hope for,” Phelps said. “It was disturbing to hear that it was thought that one of our own had committed this heinous act. It is fantastic to hear from the FBI definitively that there was not a hate crime.

“I do want to make sure everyone understands that if given the evidence that we had was delivered to us [Sunday] night or [Sunday] afternoon, we would do the same thing. We would have done the same investigation. It was important for us to do. There is no place in our sport for this type of racism or hatred. It’s not part of who we are as a sport.”

Earlier this month, Wallace, 26, had called for the sport to ban the displays of the Confederate flag at its tracks and the sport did so June 10, triggering outrage among a subset of fans.

In a conference call Monday, Phelps explained that a member of Wallace’s No. 43 team had discovered the noose in the garage stall Sunday afternoon and reported it to NASCAR, which announced the finding that evening and summoned the FBI Monday morning.

On Tuesday, Phelps defended the process.

“The 43 team had nothing to do with this,” he said. “The evidence is very clear that the noose that was in that garage had been in the garage previously. The last race we had had there in October, that noose was present, and it was – the fact that it was not found until a member of the 43 team came there is something that is a fact. We had not been back to the garage. It was a quick one-day show. The crew member went back in there. He looked and saw the noose, brought it to the attention of his crew chief, who then went to the NASCAR series director Jay Fabian, and we launched this investigation.”

What on Monday was widely perceived as a targeted attack on Wallace prompted an outpouring of support by NASCAR’s drivers and crew members, who in a show of unity pushed his No. 43 Chevrolet to the front of the grid before the start of that afternoon’s rain-delayed race and stood with him throughout prerace ceremonies. Phelps said the spirit of the gesture was not overshadowed by Tuesday’s findings.

“Yesterday to me as a sport was one of the most important days we’ve had,” Phelps said. “It’s one of the most kind of indelible print on my mind until the day I die, seeing the support that Bubba had from not just the drivers but all the crews, all the officials who were down in pit road, anyone who was part of that footprint. Everyone wanted to show their support for a family member of NASCAR. . . . And everyone’s belief is that someone was attacking a member of our family.