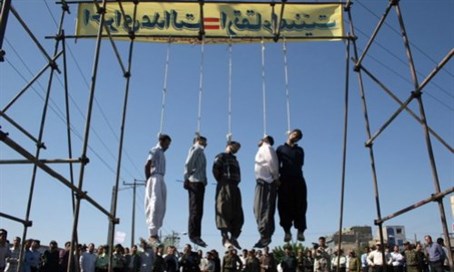 Two 17-year-old Iranian-Jewish teenagers were arrested in Tehran this week after they were caught spray painting the words “Death to Haman” on a building.

“Based on the details that came from Iran, the Tehran police promised to release the two boys, both 17, after it was made clear to them that this is not a political act, but a simple Purim prank, but as of now, the boys have not been released,” said an official familiar with the case, according to Maariv.

Jewish groups in the U.S. have become involved in advocating for the boys release. The Iranian Jewish community, which numbers about 13,000 people, has also expressed concern about the safety of the boys due to previous cases in which Jews were imprisoned in Iran and later disappeared. The status of the boys has not yet been determined.

“Although the authorities in Iran and the Muslim population are not connected to the story that took place in the historical Persian capital of Shushan, conservative factions in the country refer to the Book of Esther as the story of a massacre committed by the Jews against their enemies,” an American Jewish official handling the case said.

Tradition states that the city of Shushan, which is mentioned in Purim’s Book of Esther, is today the modern city of Hamadan in the northwest of the country. Although the boys have indicated that the graffiti was intended as a prank, the wording “Death to Haman” could still be interpreted as a provocation against the current regime.