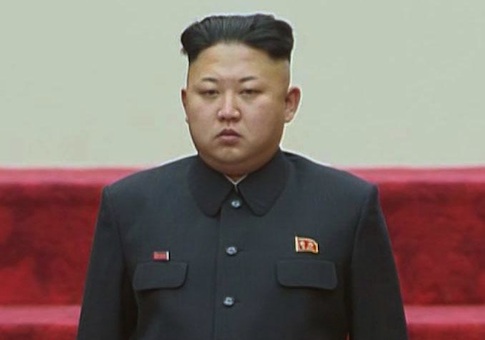 Keeping up its drumbeat of colorfully worded threats, North Korea warned Wednesday that it may launch an “ultra-precision strike” to “scorch” the South Korean president’s office.

Tensions are running high on the Korean Peninsula, as the United States and South Korea conduct joint military exercises and mounting international sanctions against Pyongyang start to bite.

Incensed at both efforts, North Korea’s propaganda machine has been outdoing itself with ever-more inventive and florid statements.

In its latest missive, the North’s organization in charge of relations with the South declared that Pyongyang’s forces were prepared to “annihilat[e] the enemy without mercy.”

“We do not hide the fact that it may start inside the Cheong wa Dae or near it,” the Committee for the Peaceful Reunification of Korea said in a statement carried Wednesday by the North’s Korean Central News Agency, using the Korean term for South Korea’s presidential Blue House. President Park Geun-hye lives and works there.

“All the dens of the enemy in South Korea, including the Cheong wa Dae, are the primary targets of the ultra-precision strike means,” it said. “Powerful large-caliber multiple-rocket-launching systems” are at the ready to “scorch the Cheong wa Dae bossed by Park Geun-hye in a jiffy.”

North Korea’s state media have recently been running footage of Kim Jong Un, the state’s leader, overseeing launches from what it calls a “Korean-style large-caliber multiple-launch rocket system.” Some of the projectiles North Korea has been firing in recent weeks appear to have been launched from a mobile system akin to the one Pyongyang has described.

“Once their buttons are pushed, [Cheong wa Dae] is bound to be reduced to a sea in flames and ashes,” the committee said in the report.

Tensions between the two Koreas, divided since the end of World War II, have been running particularly high in recent months, after Kim in January ordered the North’s fourth nuclear test and then oversaw what is thought to have been the launch of a long-range ballistic missile.

Park, who had been pursuing a “trustpolitik” approach of using carrots and sticks on North Korea, has this year abandoned any attempt at engaging the Pyongyang regime and has instead taken a surprisingly tough approach.

She closed an inter-Korean economic zone that had generated hundreds of millions of dollars for the North and imposed tough new sanctions on the regime.

Park vowed Wednesday to continue exerting pressure on North Korea over its nuclear and missile programs.

“We will create the conditions in which North Korea cannot survive unless it changes,” she said in a speech at a hotel in Seoul, according to the Yonhap News Agency.

North Korea has a habit of making threats on which it cannot practically follow through. Nevertheless, the annual joint military exercises in the South and the increased military activities in the North have ensured that tensions are running higher than usual.